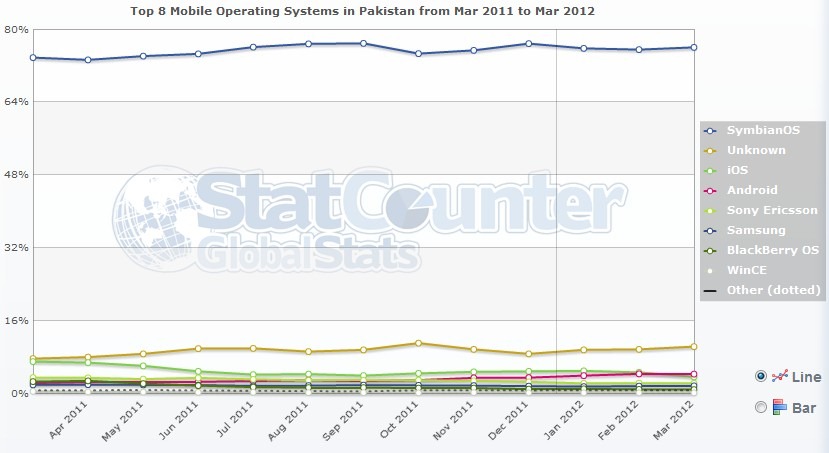 Everyone would have noticed by now that cellular companies are busy in introducing new and inexpensive mobile internet packages. This indicates that they are seeing the potential available in the market for mobile internet or GPRS/EDGE usage.

Zong was probably the 1st operator to introduce unlimited mobile internet back in July 2009, that too for just Rs. 200 per month. Other operators took a long route to understand the difference that Zong was making. Now (in 2012) almost every operator is offering mobile internet (GPRS/EDGE) packages based on their respective market segments and affordability in terms of revenues and network capacity.

This rise of Mobile Internet in Pakistan can be credited to increased penetration of smartphones, but they are not the sole contributors. Stats show that the usage of mobile internet on feature phones (Symbian) is around 75 percent (in March 2012) indicating that new age Smartphones are still a long way behind the Symbian in Pakistan. 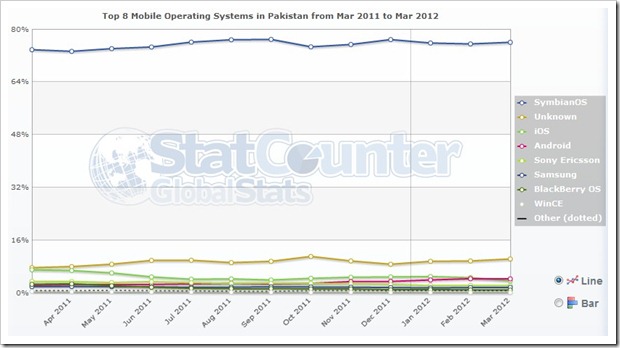 In other words it’s largely the adaptability and not the smartphones that is making mobile internet a lucrative revenue stream for mobile operators.

Stats by StatCounter reveal that mobile users accessing internet were 15 percent of total internet users in March 2012, up from mere 3.61 percent just an year ago in March 2011. This shows how rapidly the mobile internet is becoming a norm for both the business and general users.

In addition to demand theory, there could be another reason(s) for the rise of mobile internet in Pakistan. Analysts opine that mobile operators are themselves responsible for this increased usage of mobile internet. They say that cellular companies have dramatically lowered the tariffs from Rs. 18 per MB to say Rs. 3-4 for 50 MB or around on a purpose, two purposes in fact. Which are:

1 – They want to prepare the market for upcoming 3G era. This way operators will not have to do the mass efforts to fetch users towards mobile internet or data services once 3G networks are live.

2 – Operators could possibly be evaluating the data demands of Pakistani market. Results of these evaluation could become a policy for their investment decisions in post 3G era.

In case of possibility number 2, results of these evaluations could be vital for Pakistani cellular market. As (for instance in case of poor results/adaptability) they can possibility pose a hurdle in emergence of 3G.

In simpler words, the adaptability rate of mobile internet usage during this time will set the direction of operators for going for 3G, or even after 3G. During the while, (regardless of 3G is coming or not) they will establish another revenue stream – i.e. data services – in addition to core telephony services which are voice and SMS.

Whatever the case is, the outcome is helping Pakistan with more internet users by every passing day.

You can drop a comment below to discuss other possible outcomes of this rise in mobile internet. Also you can share your viewpoint on shrinking tariffs and its relation with quality of services; is quality being compromised or not?