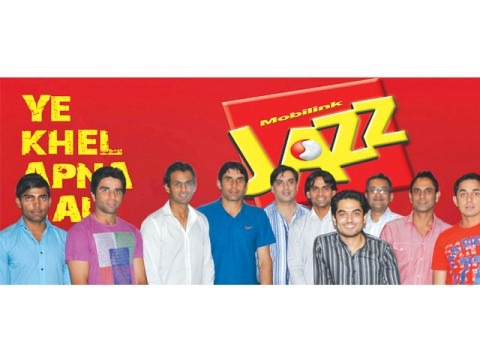 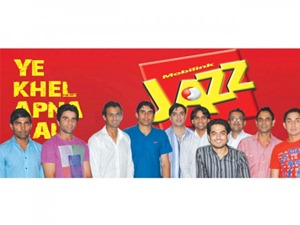 Mobilink has signed 10 members of the Pakistan Cricket team as the Brand Ambassadors for Jazz – said a press release issued by the company.

Mobilink’s Vice President Marketing, Jahanzeb Taj said; “We are delighted to create a strong and exciting alliance between Jazz and these accomplished sportspersons, who have won several accolades for the nation. Mobilink has a long standing commitment to the nation’s passion for Cricket, as we continue to inspire the fans by recognizing these outstanding cricketers and sponsoring international tournaments.”

Jazz is actively looking to promote cricket in Pakistan under the banner of Yeh Khel Apna Hai. These cricketers will also appear in marketing activities for the promotion of cricket amongst the masses. Mobilink partnered with the Pakistan Cricket Board (PCB) in 2007, to conduct nation-wide talent-hunt activities titled; “Mobilink – Hunt for Heroes” program.

Reaching out to more than 60 districts across Pakistan, this program strengthened the domestic cricket infrastructure, trained young cricket stars for the future and brought many new cricketers to the National Juniors team.