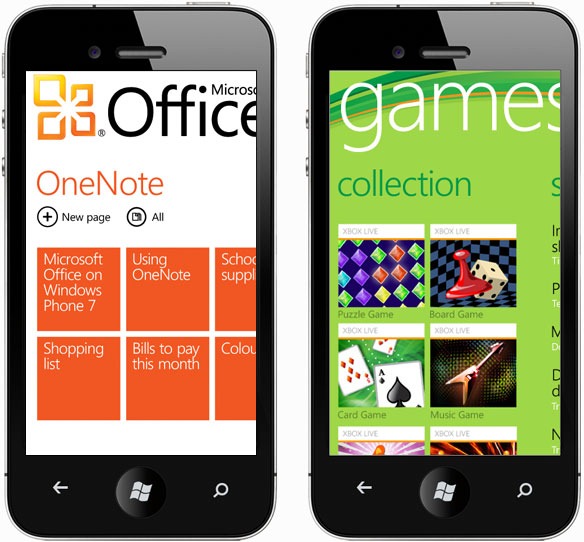 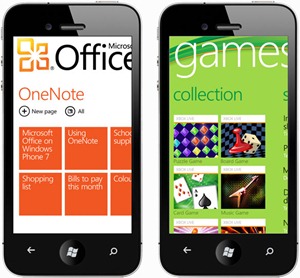 According to the latest survey by Canalys, Windows Phone of Microsoft is the fastest-growing OS in the world in Q2 of 2012 with an increase of 227% devices in Q2 of 2011. Sales too increased to 5.1 million worldwide.

Android however, retained the top-spot (in terms of market-share) and actually increased its lead by 110% over the last quarter. The sales now amount to 107.8 million. This is huge because the number of Smartphones in the same quarter a year ago amounted to 107.7 million.

Symbian’s sales dropped by 64.6 percent to a market-share of only 4.1% and sales of only 6.4 million while those of Bada increased by 5.1% to 3.3 million. If sales for Symbian continue to drop at this pace, they’ll be below Bada in the near future.

Windows Phone 7 will probably take over Symbian in terms of sales in a quarter perhaps.
But it must be noted that the sales of Windows Phone devices aren’t mind-blowing considering the millions of dollars spent advertising campaigns by Nokia, Microsoft and AT&T.

BlackBerry experienced a 4 million unit decline in sales. There market-share is now only 5.4% compared to the 11.6% they had a year ago. 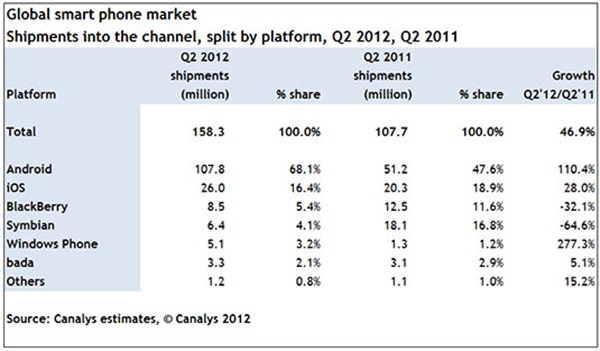