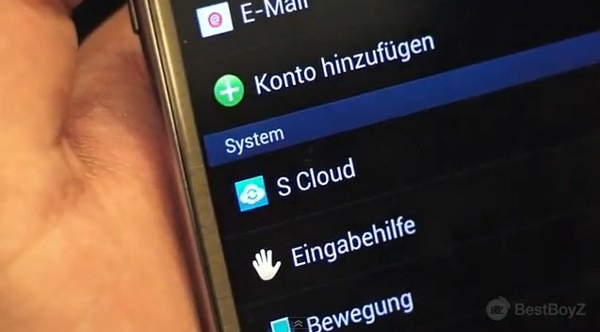 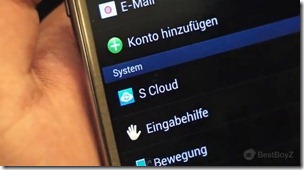 Since we all heard rumors that Samsung is planning to launch a service called S Cloud which would obviously compete with iCloud.

So, at IFA 2012, Samsung has put these rumors weight by giving the very first image of this cloud service working on the Samsung Galaxy Note 2.

Although it is apparent that Samsung has yet to confirm its existence but a German Blog was lucky to experience the functionality of S Cloud by going into settings Galaxy Note 2.

More interestingly, the S Cloud currently seems to be a shell for Dropbox, which makes the S Cloud in collaboration with the popular file-distribution applications.

For now, it seems that the data is going onto the Dropbox servers, but it is supposed to change as by moving the data to Samsung’s own servers. If S cloud arrives with similar dropbox functionality then it will be able to sync pictures, movies and documents into the cloud.

Reportedly, the S Cloud option will be enabled on the Galaxy S III too once it gets up to 4.1 Jelly Bean.

There’s also a rumor that S Cloud might arrives with its own email service but it has not been confirmed yet. The S Cloud is likely to be announced in October and would be available to computers, tablets as well as Smart TVs.