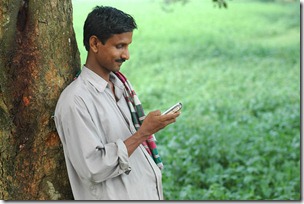 A directive has been issued by Pakistan Telecommunication Authority, apparently on orders of Interior Ministry, to suspend cellular services in 14 cities of Pakistan, with immediate effect till 6 pm 21st Sep 2012.

Mr. Rahman Malik, head of Interior Ministry, had hinted the service suspension earlier in the evening by saying that Ministry is yet to decide anything on blocking of cellular Services amid security situation in the country on Friday.

At least one cellular company has confirmed ProPakistani the order for blocking the service and said that directive will be implemented immediately.

PTA order which was sent out to cellular companies through an email at 12:15 am, (a copy of which is available with ProPakistani) directed mobile phone companies to block cellular service in following 14 cities:

Mobile phone companies are asked to remain ready for blocking service in Islamabad too, orders for which are likely to be issued in the morning.

We are getting confirmations that service is being blocked on selected networks in selected cities. It appears that mobile companies are in process of pulling the plug.

Mobile phone service in Islamabad gets blocked too.

Reportedly, mobile services are being restored now. In accordance with the original directive, mobile phone services were to remain suspended till 6 PM today.