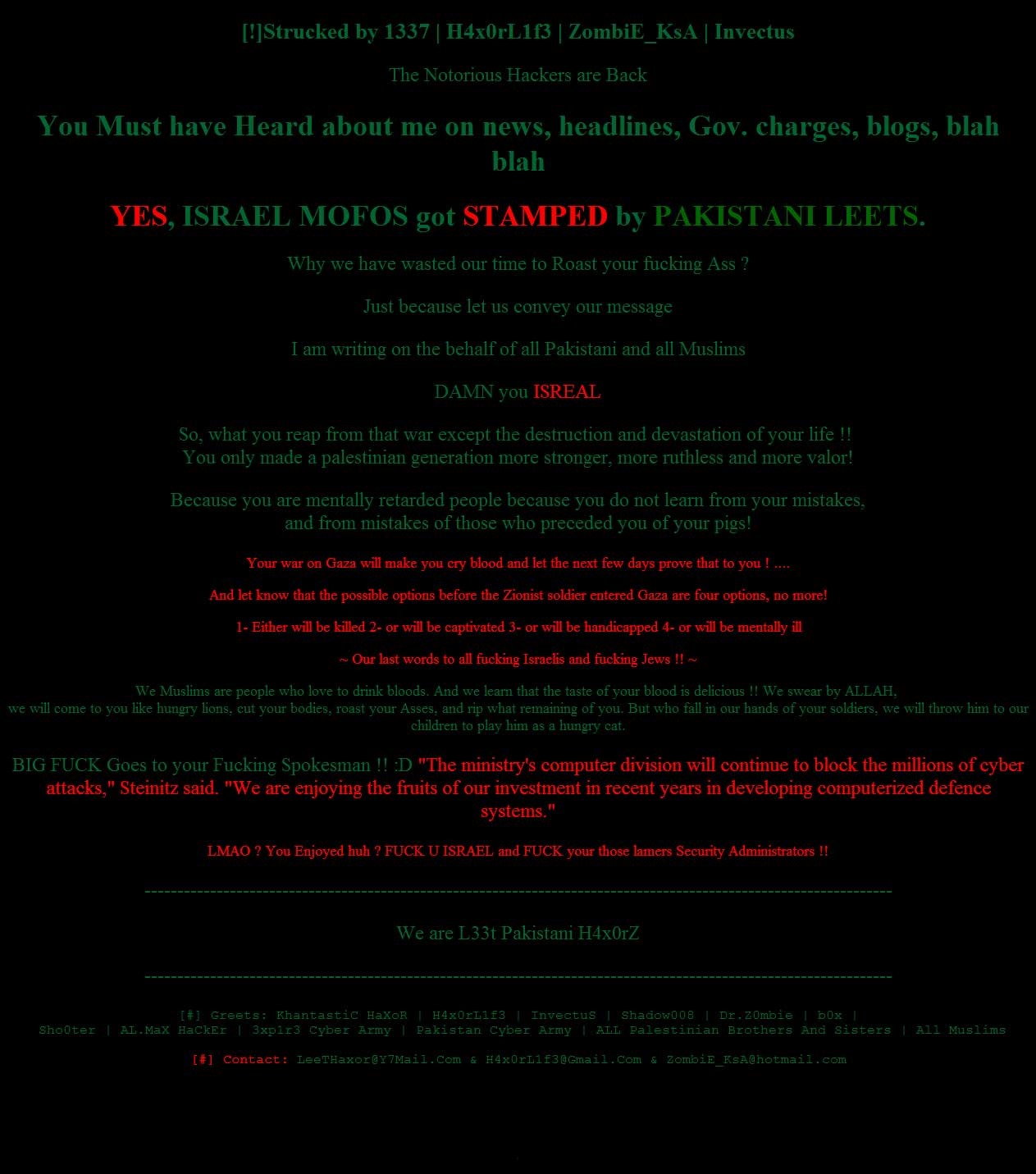 Soon after Anonymous declared war against Israeli websites – after it threatened to shut down Internet in Gaza – Pakistani hackers went ahead and defaced over three dozen Israeli websites of world’s top brands, including all Microsoft controlled domains of Israel including Skype, Bing, Live, MSN and more.

Pakistani hackers stepped ahead and defaced all these large scale websites, owned by top brands, to represent support for Gaza on behalf of all Muslims in general and Pakistanis in particular.

It is unclear so far that which Pakistani group actually defaced the website, because ZombiE_KsA (one of the name appearing on the hacked pages) has declined to take the responsibility for the defacements. He told TheHackerNews that other Pakistani hackers are using his name without permission in these defacements.

Our sources believe that Pakistan Cyber Army could be behind these defacements.

So, what you reap from that war except the destruction and devastation of your life !!

You only made a palestinian generation more stronger, more ruthless and more valor!

Because you are mentally retarded people because you do not learn from your mistakes, and from mistakes of those who preceded you of your pigs!

Your war on Gaza will make you cry blood and let the next few days prove that to you ! ….

And let know that the possible options before the Zionist soldier entered Gaza are four options, no more!

1- Either will be killed

2- or will be captivated

3- or will be handicapped

4- or will be mentally ill 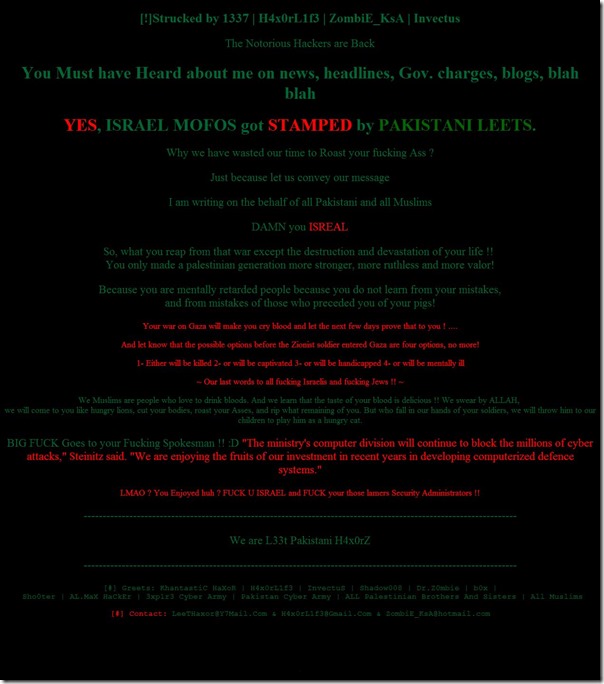 Here is the Zone-H mirror of all defaced websites.