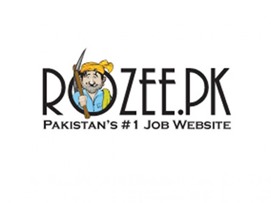 In the light of the recent ban on night time talk time packages, the question that almost everyone seems to be asking is: would there be an actual significant impact of this ban? And if so, of what nature and magnitude should we expect it to be?

When the news of the ban reached the general population of Pakistan, a mixed reaction was recorded; some believed it to be a threat to their freedom of speech while other saw it as much needed intervention for the youth of Pakistan.

But who are the real opponent and proponents of this ban, and why this ban on post midnight telecom packages was a significant issue for its advocates remained a puzzle.

For this very reason, ROZEE.PK’s latest survey investigated the general concerns the population of Pakistan had with the night time talk time packages, and whether any of the theories offered by the proponents of the ban were in fact true.

Night Callers Who Use Mobile Apps 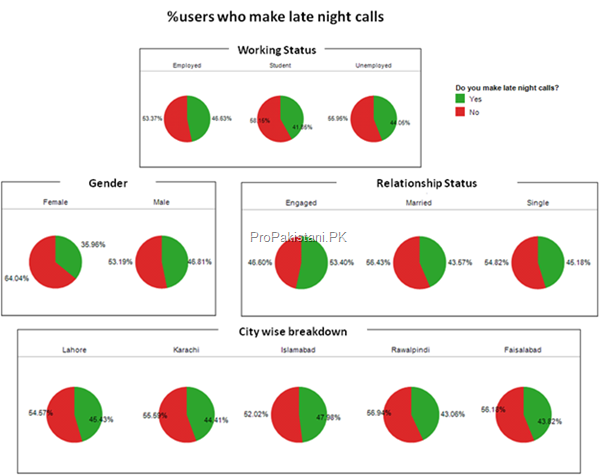 When asked how long the respondent spend time talking post midnight, 20% of the users admitted making daily post midnight calls, whereas a whopping 30% said they make them a few times every week. 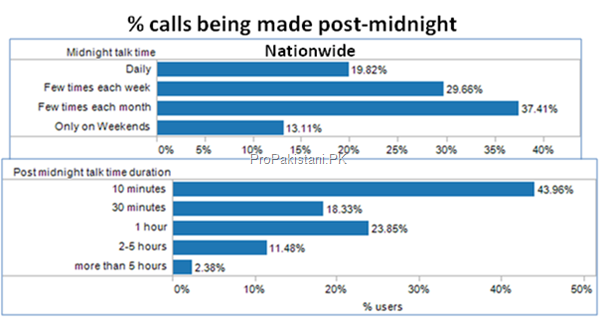 Who are they talking to?

Of the cities, in Karachi, 55% respondents admitted making calls to the opposite gender the most. 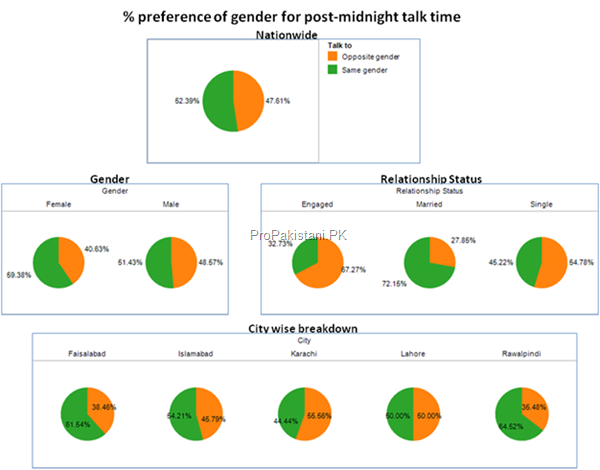 To understand the purpose of post midnight calls across the demography, respondents were asked to list down reasons that contributed the most to them resorting to talk post midnight.

Nationwide, the majority of respondents (72%) chose social non-romantic as a reason for talking post midnight; 48% revealed they talk to discuss affairs related to their business and 47% said their calls were romantic in nature. 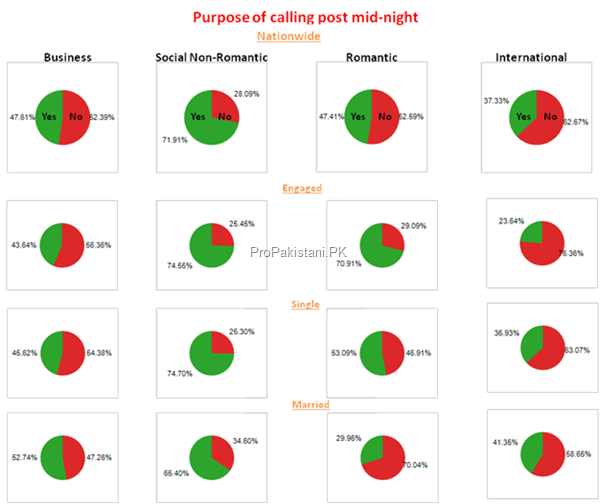 Should the Night Time Packages be banned?

A significant majority across all demography felt neutral regarding the ban on talk-time packages which suggests the ban doesn’t affect them in any way. 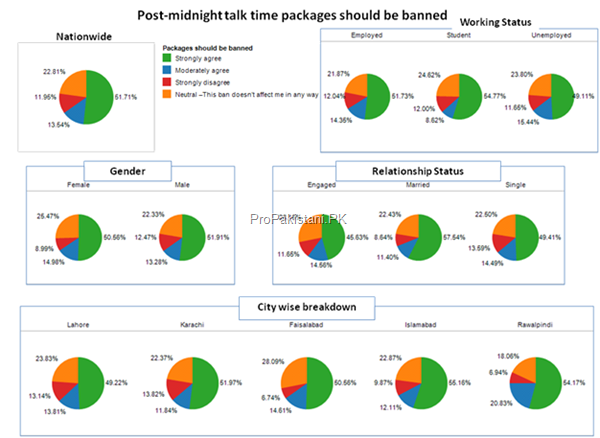 However, a significant change in perception for the late night talk time packages was seen when the response of those who talk late night was recorded against those who don’t.

Would you pay more to talk more? 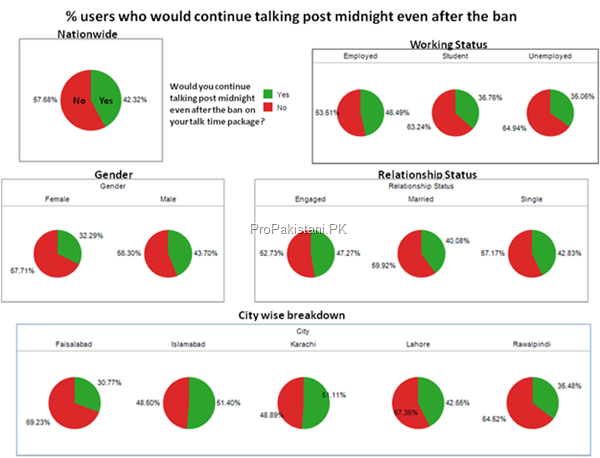 For those who talk for romantic reasons, the ban will not have a significant affect as 46% would still continue talking post midnight, the same goes for those talking for business (47%) and social non-romantic reasons (43%).

Nationwide, 41.13% of the respondents who took the survey admitted using discounted packages to make calls whereas others have not activated a special talk time package to make calls.

Interesting to note that individuals who are single and engaged are the ones making use of the discounted packages in the majority. 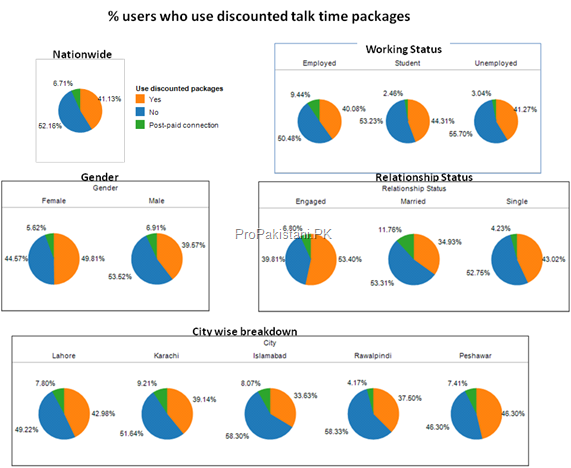 Of those 41% who use a discounted package, 7.91% respondents admitted using the night talk time packages;

Interesting to note a whopping 45% respondents use 24-hour talk time packages which lets them talks at a discounted rate throughout the day and night.

An online survey was initiated by ROZEE.PK on December 7th, 2012 and lasted till December 16th, 2012 inviting individuals from all over Pakistan to express their opinion about the ban on the late night talk time packages and what impact, if any, it had on their daily routine.

More than 1700 respondents from across 146 cities in Pakistan completed the survey. A thorough demographic classification of the respondents is given below. 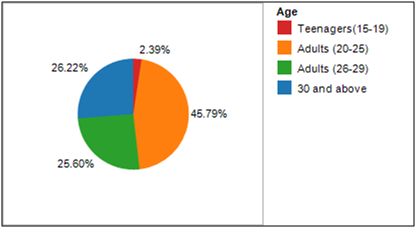 Gender: 85% of the respondents were males while 15% were females. 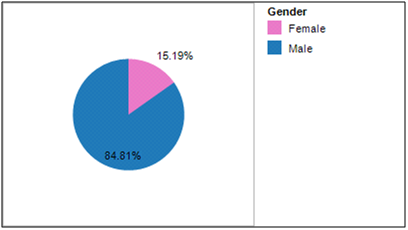 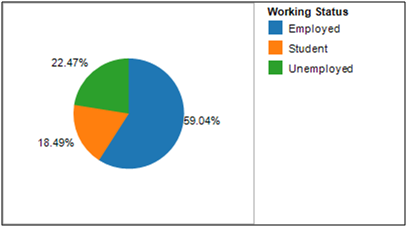 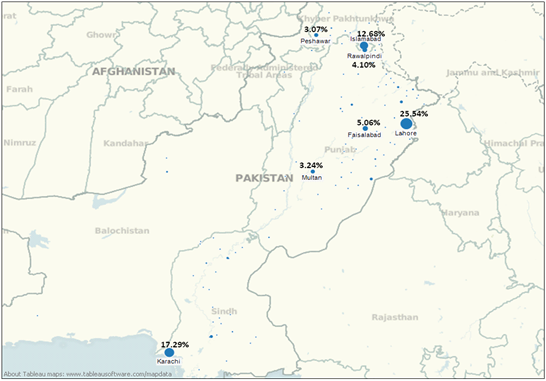