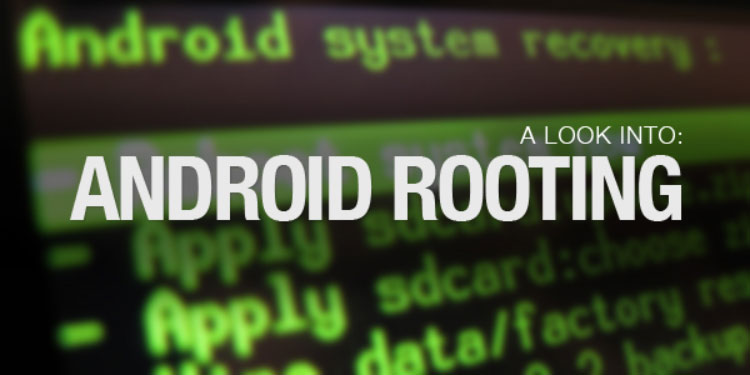 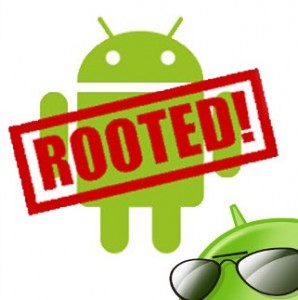 Some of you may be familiar with the word jailbreaking on iPhone, iPad or an iPod. Jailbreaking enables you to download free third party apps, tweak & modify your device or download paid apps for free. On Android although it’s quite different, but Jailbreaking and ‘rooting’ still have the same phenomena.

We know that android is an open source operating system, which means you can manually download apps for free whether they are paid or free without paying a cent or moving a muscle but the question then raised is what would be the benefits of rooting my android if it’s already allowing me to download paid apps for free? Why should I root or jailbreak (or unlock) my Android?

Well the answer to this question is that rooting allows you to have super user permission or be an administrator of Android to completely modify your Android, the way it looks and the way it works. Rooting removes the restrictions that are applied by the manufacturers of device like HTC, Samsung, Sony etc. to keep their devices as stable as possible.

Rooting allows you to use third party apps. Although you can install the third party apps before rooting too but you’ll be kind of limited in using its complete features. For example, an app called Root Explorer can be installed on Android before rooting but you’re limited to using it only as a file explorer but if you root your device, you’ll be allowed to go into the system files/program files from where you can mess up things and do a bit of tweaking, such as deleting stock apps that are taking space in your device’s internal memory or eating your battery life by running in background.

Now What Else Can Rooting Do?

Rooting DOES have a lot of advantages but it also comes with disadvantages which can become a complete headache for some people who are conscious about their device. Let’s have a look at what are pros and cons of rooting an android.

Change font of your device

Some devices like LG Optimus series & Samsung Galaxy series come with font changer but still they have kinda limited number of fonts and some devices like the Sony Xperia devices can’t even change the fonts. And while apps that can change fonts be downloaded from Google Play, they are still quite scanty in number. Rooting can give you complete freedom on such small but vital things and apps like Font installer can pull this trick off pretty well.

A lot of you guys won’t be familiar with the term overclocking. The manufacturers use processors which can deliver better performances than they normally give but they intentionally use a stable frequency for the processor so that the device doesn’t get hot (and possibly even catch fire) and for reliability purposes.

This can be changed by using CPU frequency controller apps which can modify the frequency of the processor. For example, the nexus s comes with a processor of 1 GHz but by tweaking it a little bit you can upgrade this speed to 1.1 GHz and even higher.

This will increase the performance of your android device and will deliver better frame rates in games and other processes but would obviously drain the battery quicker. The best app for overclocking is setCPU for root users.

This is the complete opposite of overclocking. Underclocking means to lower the frequency of a processor for example the nexus s has a 1GHz processor, but this can be cut down to 800 MHz or even lower. This would decrease the performance of the device but would save its battery life a lot and will also prevent the device from getting hotter. setCPU for root users comes handy here again.

Upgrade device to the latest version of android

You are probably familiar with this thing that not all devices are updated by their manufacturers. What that means is that you get stuck on an older Android version which is behind the competition by a few iterations but now it is possible for you to upgrade your device to the latest version of the Android OS by rooting.

This is the reason why most people nowadays are rooting their devices because this allows them to use all the new features and looks that are available on the newer versions of Android. There’s a catch though, a real big one: if you don’t know how to upgrade your Android device properly you might even end up getting your phone bricked so I recommend not to try this on your own and get this done by a mobile shop or a specialized person.

Save apps to your SD card

Old or low-end android devices have low amount of internal memory and sometimes the device doesn’t even have the apps to SD feature. By using apps like links2SD and apps2SD you can move applications to your SD card which would save a lot of internal memory.

You are not allowed to have access to your android’s system files on the stock, uncustomized ROM but you do gain access to them after rooting so you can tweak them whichever way you want. This feature is also useful to Android developers. The app which can be used for this purpose is called Root explorer.

Some people don’t want to keep those stock Android apps that come with your phone, which not only use up precious storage but also reduce battery life by running in background. After rooting though, you can delete these otherwise uncustomizeable apps and save internal memory, battery life and RAM. Root explorer is also used here to delete stock apps.

Flashing a custom ROM allows you to install a modified or custom version of android. You can either create your own or use anyone else’s custom rom uploaded on XDA developers or the developers own blog. The custom ROM looks and works a little different because its more modified version than a stock ROM. It might even be using less ram and would have different launchers & settings that don’t come with stock or standard version of android. The app which can be used here is ROM Manager.

There are apps that backup your data without rooting but they are a bit limited as they can only backup apps, contacts etc but after rooting, some apps can even perform a complete backup of your data. The app recommended for this purpose is Titanium backup.

One of the biggest features that arrived on Android in Ice Cream Sandwich was the ability to capture screenshots which was impossible in most Android devices running on older OS versions. Rooting gives you the ‘freedom’ of capturing a screenshot and with even more options on how to take them instantly. By using app called screenshot you can take screenshots on your rooted device.

Rooting allows you to download a custom boot animation and use it, so that whenever you would turn on your android device you’ll have a different animation playing on the screen. Apps like boot animations can be used to change the stock boot loading screens.

There are few other benefits too but these are the major reasons why you should root. But rooting comes with disadvantages as well, Which are listed below.

End up having a bricked device

Rooting can cause your device to stop working altogether. For those who are not familiar with the term bricking, bricking means to completely hang your device so that it wouldn’t even turn on. The main reasons which can cause bricking is flashing a custom rom because the custom ROMs are sometimes not suitable for your device.

Its not that bad a situation though as in some cases your device is completely restorable. With the passage of time, developers have found many ways of restoring bricked devices and companies like Sony have made a software called PC COMPANION which can restore your bricked Xperia phone but even then, the problem still persists.

I know this sounds really bad but it’s quite true that your android device would be no longer be in warranty if its rooted.

Is Rooting legal? Does Google Allow it?

The answer is yes. Google allows you to root your android devices and they have no problem with it and even after having root permissions you still are, in almost all conditions, allowed to download apps directly from Play Store without any restrictions.

Before rooting your device make sure you have read blogs about your own device because some things may vary while rooting in different android devices. The most popular and reliable software used to get root access on your android currently is SuperOneClick.

Still we recommend having a complete research on how your device would be rooted before proceeding forward because one false step can leave you with an unusable device.

There are also many videos, guides and walk-throughs available from where you can easily consult from.