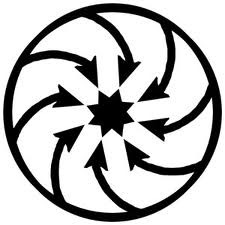 Convergence holds different meaning and varied importance for different sectors. The dictionary definition of convergence is the act of converging and especially moving toward union or uniformity. Therefore essentially in technology the tendency for different technological systems to evolve toward performing similar tasks is called as convergence.

For instance today our cell phones are able to perform functions of a watch, a radio, a camera, a computer and a phone altogether. Similarly Smart TVs have been designed to perform multiple tasks such as recording like a videocassette recorder and downloading content from web like a computer. Several years of hard work and determination have gone into achieving such technological wonders.

However along with dedication, the evolution of convergence also involved experimental or trial-and-error process. Savvy entrepreneurs and large corporations alike have long understood that if their own proprietary technology is chosen as the means to achieve convergence in a field, a massive amount of money stands to be made.

Technological convergence gives consumers the convenience of having many devices all in one. But for electronics devices today, the key driver of convergence is connectivity. Interestingly, connectivity creates modes of convergence that do not necessarily depend on different technologies to be physically fused together. Instead, smart devices can remain discrete and be controlled centrally through one or more other devices.

Alternatively, convergence can still entail multiple devices coming together in a single “black box” that offers users a variety of features that were formerly separate. LG’s conceptualization of multiple appliances and devices linked together via connectivity – which they call “SmartShare” — constitutes an example of a more modern mode of convergence.

A number of pundits of late have claimed that the game console industry might be on its last legs. Their logic is as follows: The advent of smart TVs and ubiquitous cloud services will allow the game console concept to be converged into the TV itself. And while it’s too early as of yet to dig graves for the likes of the Sony PlayStation and Nintendo Wii, there are companies like OnLive who intend to prove the pundits right. OnLive has already signed deals to provide its game service to LG TVs and Google TV. Additionally, PC, smartphone and tablet users can all sign up for the service.

LG finds itself in a very strong position in terms of establishing itself as a leader in device convergence. This is primarily because of two interconnected reasons. First, LG has invested significant amounts of time and money into R&D efforts centered around convergence. Second, LG owns a large number of patents in various technologies related to convergence. As such, the company has the potential to capitalize on this position and move consumer lifestyles forward.

However, LG has made a conscious choice to avoid proprietary standards. Instead, LG has consistently sought out partnerships with like-minded companies to push technological boundaries further. LG’s nonproprietary approach makes the company very open to making devices that are compatible with the proprietary technology owned by other manufacturers.

LG is also a pioneer in making the smart home a reality. This is in large part due to the fact that LG manufactures a large variety of home appliances and other electronic devices, thus simplifying the integration process. However, LG is also a leader in the field because it is committed to the convergence concept.

There are exciting implications of this technology. Aside from being able to monitor and alter appliance operations remotely, users can also evaluate their house’s overall energy consumption. Adjustments can then be made to individual appliances to use energy more efficiently.

In much the same vein, users can check their refrigerator contents via smartphone while strolling through the supermarket in order to make sure they don’t accidentally double purchase items and waste food.

In economically turbulent times such as these, the convergence of smart technologies can save resources and money. Convergence is a dynamic phenomenon and LG is continuously working towards further enhancing its technology because convergence offers enormous opportunities for the development of convenience, efficiency and the expansion of markets and consumer choice.

With competition growing, LG has stayed true to its value based on five pillars upon which they adhere to, build their brands and more essentially focus on the future; Product Leadership, Strong Leadership, Superior Value, No.1 Passion, No.1 Culture and Preparation for the Future. With these pillars, LG has built its foundations and pursuit of excellence in its endeavors to become a market leader.