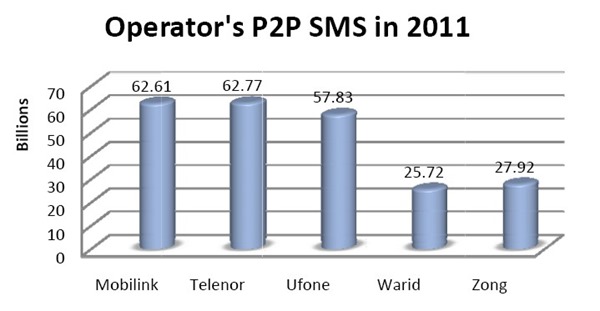 PTA said that Telenor generated the highest SMS traffic during the year 2011 by contributing 26.5% percent of total traffic, closely followed by Mobilink which contributed 26.4 percent of person to person SMS traffic.

Average SMS per Subscriber Per Day

Calculating the SMS-per-Subscriber-per-Day for each Pakistani cellular operator reveals the Network Popularity for the network. The PTA report suggests that Ufone subscribers are sending an average of eight(8) P2P SMS per day which is the highest when compared against other operators.

In contrast, the subscribers of Warid are sending less than five(5) SMS per day while other operators lie in between Ufone and Warid. Following table shows the calculated average number of P2P SMS per subscriber per day. 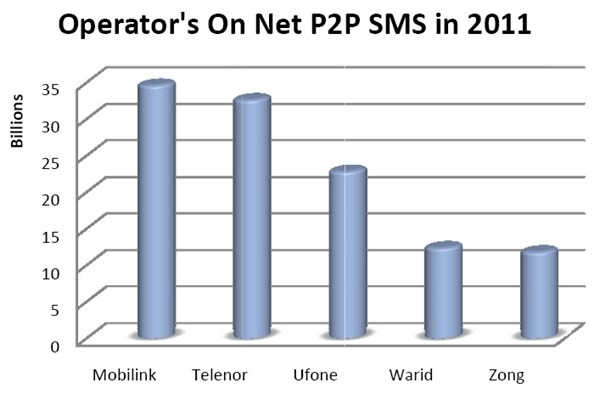 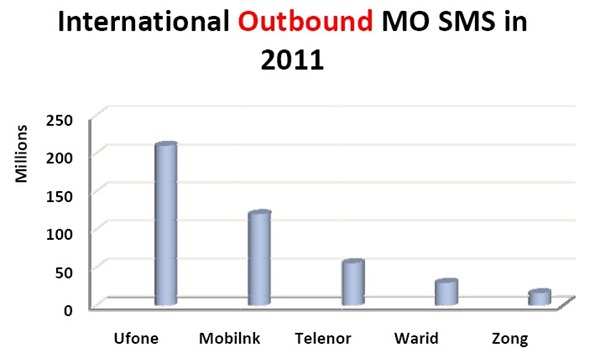 On average 35.8 million text messages were sent to international operators from Pakistan. 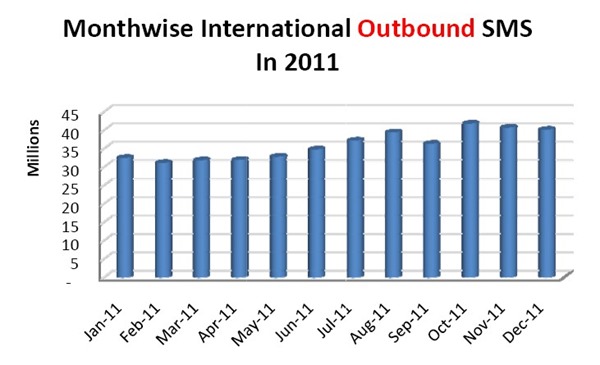 The trend of bundled package has increased in Pakistani market during the past three years. Cellular mobile operators have offered daily, weekly and monthly SMS bundles to it subscribers. These SMS bundles have gained popularity mostly due to its low cost and above all, its exclusivity to terminate on any and every network against a one-time subscription charge.

The bundled SMS traffic has increased to an extent that the CMOs are carrying an average of around 80 percent of their SMS traffic from bundled packages.

Approximate ratio on each network is given in the table below.

All the operators offered MMS nationwide as well as to international destinations, except one operator.

Worldwide 207 billion MMS were sent in 2011 and have been forecasted to reach approximately 387.5 Billion by 2016 representing 1.7 percent of global messaging traffic.

Premium Rate SMS/MMS is a Value added Messaging Service that carries a premium price above the flat/normal rate that is charged from the consumer. Application to Person (A2P) and Person to Application (P2A) are typical types of PSMS.

In Pakistan, total A2P subscriptions from three of the operators, in the year 2011 were 865.1million. Number of P2A messages generated by subscribers to any application, on four of the mobile networks was 196.1
million.

Approximate revenue generated from both A2P & P2A is Rs. 912.6 million that is almost 7.4% of the total messaging revenues.

Following graph shows the popular A2P and P2A SMS services and their share: 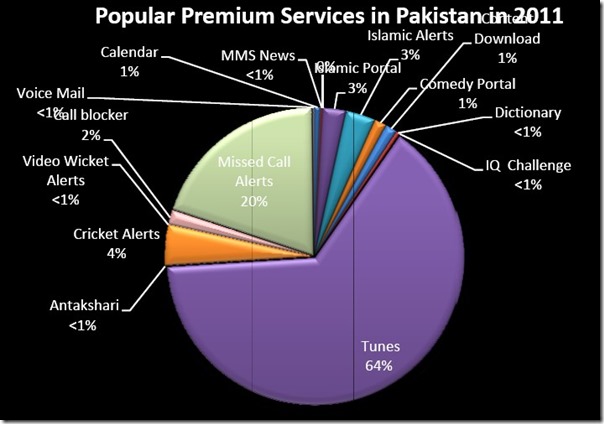 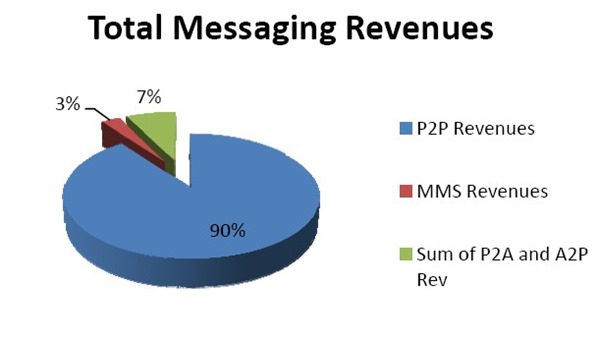