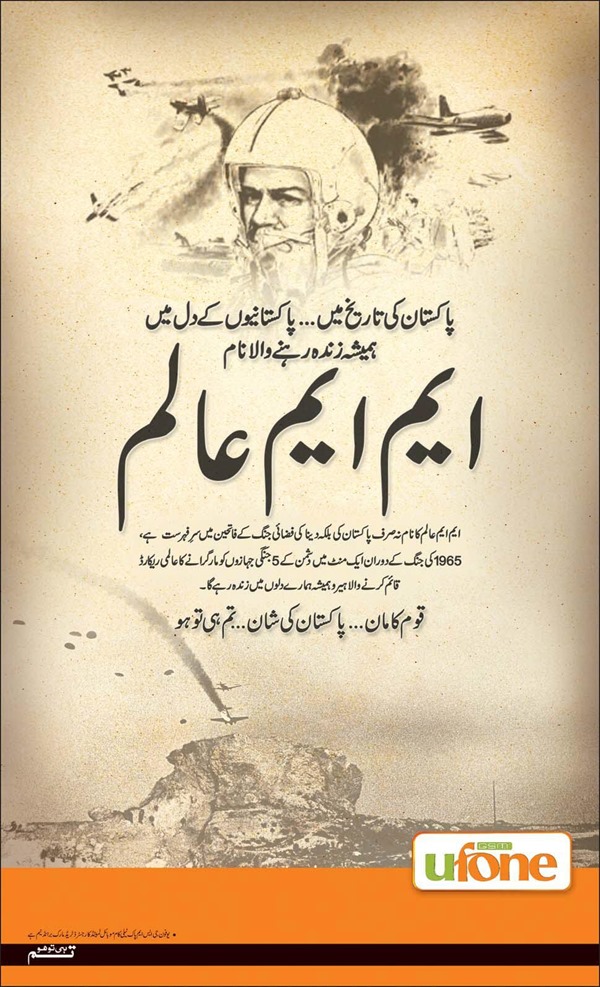 Ufone has today published tribute to the hero of 1965 war and one of the most brilliant son of soil, Air Commodore (retd) Muhammad Mahmood Alam, who is no more with us today.

Muhammad Mahmood Alam, as confirmed by Pakistan Air Force (PAF) spokesman, died yesterday after a long illness. He was 78.

During the 1965 war with India, Squadron Leader M.M. Alam shot down two enemy aircraft and damaged three on Sept 6.

Sept 7 was the day when he rewrote the history of air warfare by shooting down five Indian Hawker Hunter fighters in air-to-air combat, in less than 60 seconds. The first four came down within a span of 30 seconds.

Mr. Alam was awarded Sitara-i-Jur’at twice for such gallantry and government of Pakistan named a road in Gulberg, Lahore, after him.