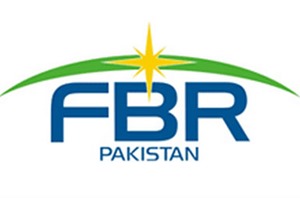 Yesterday we told you about the new tax that has been imposed on the sale of every new cell phone, according to which every smartphone will be charged at Rs. 1,000 while feature phones (those voice only bsic phones) will be charged with Rs. 500 tax from now onwards.

We also published the notification that was issued by FBR on the subject which clearly mentions the collection of sales tax on new cell phones from end-users.

However, FBR, in its press release has denied the fact that it has imposed any new tax on cell phones. While on other hands, it maintains that every cell phone will come with additional sales tax of Rs. 1,000 or Rs. 500.

We will try to dissect the press statement issued by FBR to tell you how bluntly they are mis-informing the general public:

All quoted text is taken from FBR statement with our comments below them.

FBR has clarified that no new tax has been imposed on cell phones as is wrongly being portrayed by some quarters. The fixed amount of sales tax on activation stage was first introduced through SRO 390(I)/2001 dated 18th June, 2001, with a rate of Rs. 2000 per cell phone. However, on the request of cellular company operators to encourage the sector, the rate was reduced from time to time.

In simple words, FBR had imposed a tax on every cell phone – which was collected from cellular companies as they were responsible for activating the cell phone – and authorities had termed it activation charges.

Under SRO 542(I)/2008 dated 11th June, 2008 the fixed rate was Rs. 500 per mobile phone, which was subsequently reduced Rs. 250 per mobile phone. The collection mechanism in all these notifications was based on the old CDMA technology, which required activation/energization of Mobile Phones by the cellular company operators before they could be operated.

On sheer demand of cellular companies, these activation charges were reduced from Rs. 500 to Rs. 250 per connection in 2008.

It merits mentioning here that connection charges were supposed to be collected from end-user, however, cellular companies opted to pay Rs. 250 from their pockets amid competition and price war and to increase the number of subscribers.

It will be relevant to mention here that cellular companies were aggressively involved in getting rid of SIM activation charges, however, now they are quite as anything since the new tax is supposed to be paid by customers and not by them.

Due to this technology change from CDMA to GSM, SRO 542(I)/2008 dated 11th June, 2008 had become redundant and the Government exchequer was not getting the proper revenue from this sector as pre-activated cell phones were being imported resulting in a steep fall in revenue despite tremendous increase in volume of import.

So after 10 years FBR releases that CDMA phones are no longer in user and hence they now thought of imposing tax at the time of import of cell phones instead of charging the same at the time of activation of a cellular connection.

SRO 280(I)/2013 dated 04-04-2013 recently issued by the Government does not impose any new tax. It only aligns the law with the latest technology. This notification was necessitated to remove the anomalies occurring due to change in technology.

FBR is trying to convince the general public that Rs. 1,000 tax is not new. Its just that earlier Rs. 250 were charged at the time of SIM activation and were paid by cellular companies but now you – the end user – will have to pay Rs. 1,000 for buying a new phone. Though there is a nominal difference of Rs. 1,000 for end user to pay – which is ignorable.

This reduced fixed rate of Sales Tax has been retained on the request of cell phone operating companies to help and encourage the sector.

No doubt that cellular companies would want higher prices for new SIM activations/cell phones for reasons about which we will tell you in details later. To give you a hint, this will benefit larger operators as they want to make new activations harder to prevent smaller operators from gaining new customers. Zong will be worst hit with the decision.

Another factor that must be considered here is that collection of SIM activation charges has declined notably, since the sales of telcos dropped drastically after new SIM rules – according to which retail networks can’t sell new SIMs. This decline in SIM activation charges (Thanks to Rehman Malik) probably led the FBR to impose new tax – which it is denying – to cover the shortfall.

The impression being created by certain vested interests that the Government has levied a new tax on cell phone is baseless and devoid of fact. The views being presented that imposition of sales tax under SRO 280(I)/2013 will ruin the businesses or lead to smuggling of mobile phones is also not correct as the present notification only brings the tax structure in line with the current cellular technology and it is aimed at safeguarding the interests of the exchequer which were being hurt due to the existence of a notification based on an obsolete technology.

FBR is trying to tell you that an increase in tax collection of Rs. 1,000 is not true. Despite the fact that earlier Rs. 250 were paid by cellular companies and customers were not charged a single penny for new cell phones, however, now they will have to pay Rs. 1,000 for new phones. Still FBR believes that impression for imposition of new tax is not true. How innocent of FBR, I’d say.