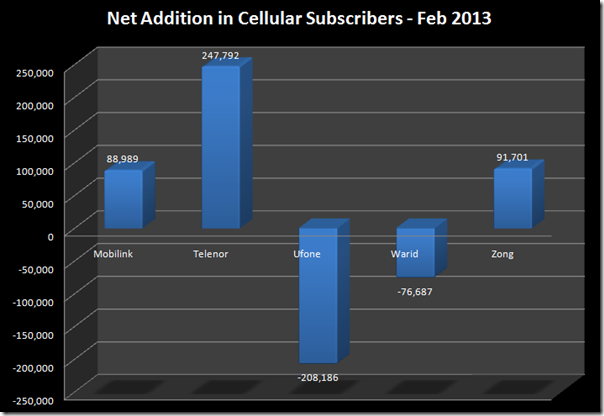 Sales of cellular connections in Pakistan have hit the rock bottom, since the new SIM rules are confining cellular companies to sell SIMs via service centres and company owned franchises only.

According to latest stats issued by Pakistan Telecommunication Authority, five cellular companies added a total of 143,609 new subscribers in February 2013, down from average addition of around 1.000,000 subscribers per month during past six months.

Cellular tele-density was recorded at 68 percent. 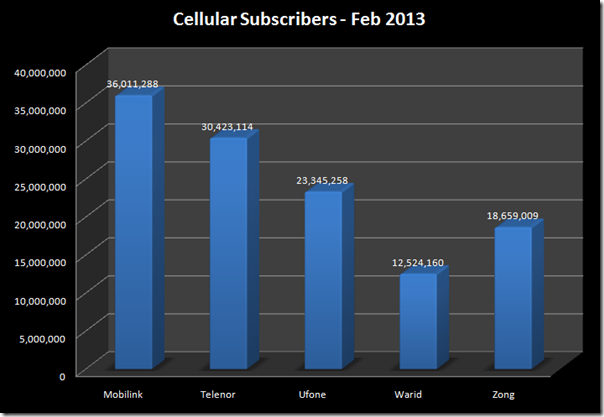