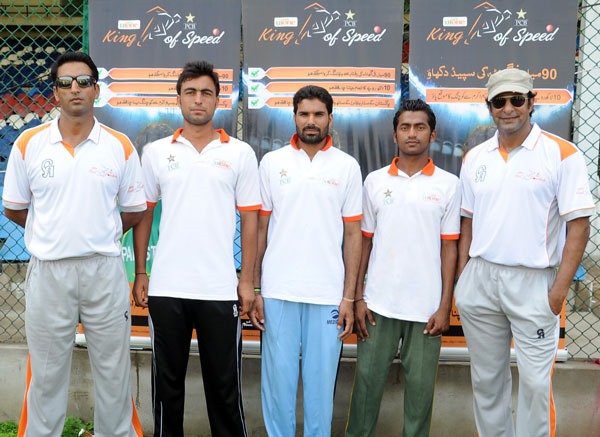 Trials for round 1 were conducted in 10 cities including Multan, Faisalabad, Garhi Khuda Baksh, Islamabad, Karachi, Peshawar, Quetta, AJK (Mirpur), Abbottabad and Lahore. A total of 20 fast bowlers, 2 from each city were selected for second round of trials.

After the completion of round 1 & 2 of trials Muhammad Imran and Abdul Ameer from Karachi and Faisal Yasin from Faisalabad are the lucky participants selected to join Wasim Akram in the fast bowler camp being hosted at National Stadium Karachi for one week. Muhammad Akram Pakistan’s national team bowling coach is assisting Wasim Akram for this camp.

Wasim Akram warmly welcomed the fast bowlers on joining the camp. Wasim will train them for the techniques of swing, reverse swing and Yorker which are a must in any bowler’s artillery.

The Ufone-PCB “King of Speed” trials were part of the Memorandum of Understanding (MoU) signed between Ufone and Pakistan Cricket Board (PCB) to find and train the best raw talent existing in Pakistan.
To facilitate this grand activity PCB extended full support and played a major part in selection process held at each city.