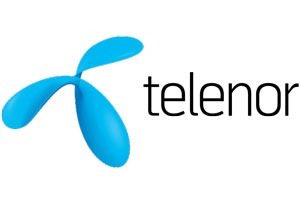 In its group financial report, Telenor said that its Pakistani operations generated Rs. 22.40 billion during first three months of 2013, slightly up from Rs. 21.73 billion it had generated during same duration last year showing a growth of mere 3 percent.

Telenor said that growth in revenues was mainly impacted by regulatory restrictions on sale of new SIMs, price increase of international incoming traffic after implementation of ICH – due to reduced traffic and a noticeable increase in grey traffic – and government forced network suspensions.

Financial report mentioned that ARPU in local currency decreased by 12%, again both as a result of government enforced network outages and the effect from establishment of International Clearing House (ICH) resulting in a large reduction of incoming international traffic.

The EBITDA margin was reduced by 2 percentage points following a reduction in gross margin due to forced industry contribution to implementation of grey traffic monitoring equipment and increased vendor transition costs for operation and maintenance.

The number of subscriptions increased by 277,000 during the quarter. Telenor said that the regulatory restrictions on SIM sale through retail channels, introduced in December 2012, continue to hamper subscriber growth. However, company is making efforts to strengthen alternative sales channel. At the end of the first quarter, the subscription base was 5% higher than at the end of first quarter last year.

Check below the financial highlights from the quarter: 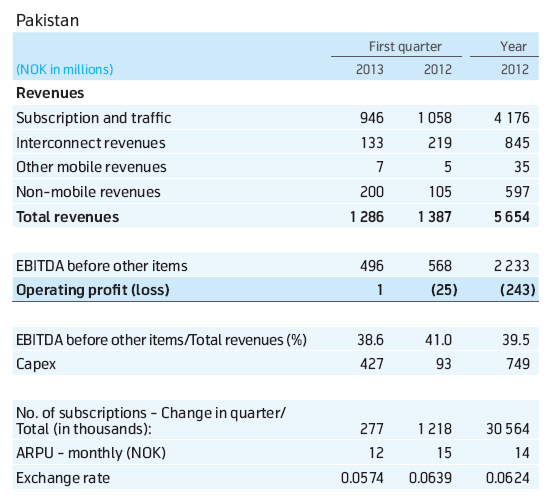