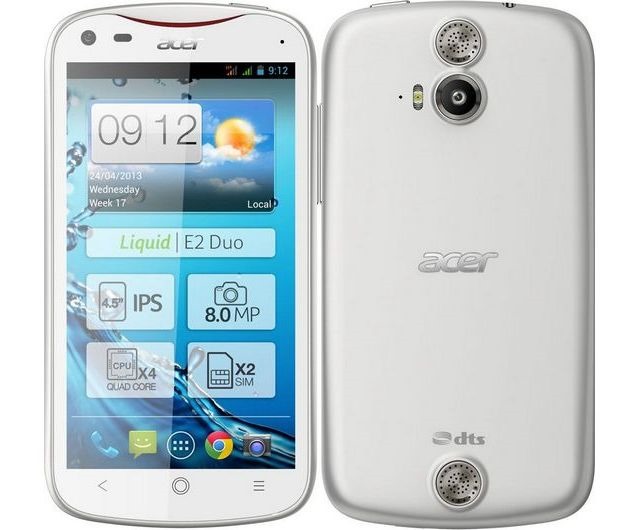 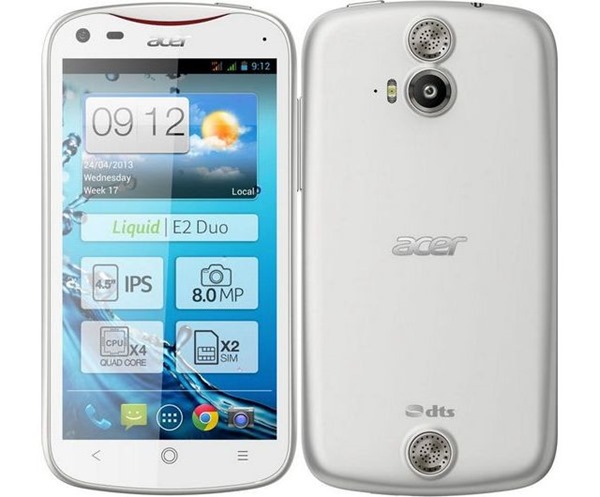 Acer has announced another Android phone in its Liquid series of smartphones, this time the Android Jelly Bean running Liquid E2. The mid-range phone comes with a quad-core MediaTek processor.

It comes with a 4.5 inch IPS display with resolution of 540 x 960 pixels, which sums up to about pixel density of 245 pixels per inch. Above the display is a 2 megapixel front facing camera for video calling.

At the back you’ll find an 8 megapixel camera which is capable of recording 1080p Full HD videos at 30 frames per second.

On the software side, the phone runs on Android 4.2.1 Jelly Bean which is one of the later versions and it is customized by Acer.

The phone will go on sell this May for a price of 229 Euros or about Rs. 26,000. It will be available in 2 colours and there will be a dual-sim version of the phone too.

For its price though, I think the package is quite modest considering the fact that you’re getting a quad-core processor, 2000 mAh battery, 1GB RAM and an 8 megapixel camera. It should hit the Pakistani market later this year.