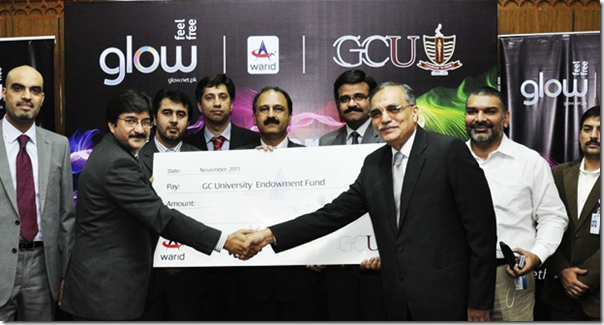 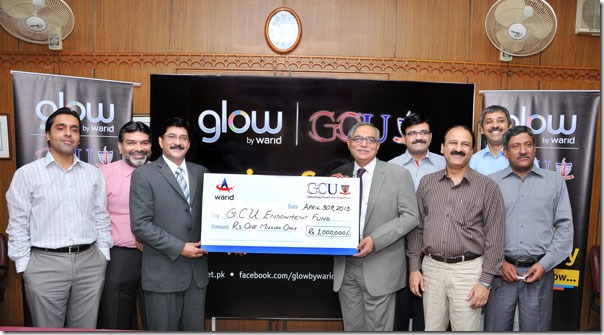 Speaking on the occasion, Prof. Dr. Muhammad Khaleeq-ur-Rahman said that the recent economic crunch has greatly affected the institutions of higher learning in Pakistan and there is a dire needed that noted companies like Warid should come forward and support quality education in Pakistan. He said that the world over universities have come forward by establishing their endowment funds with the help of their old students and corporate sector.

“Harvard University has an endowment fund worth billions of dollars,” he added. However, he said that GCU is the only public sector university in Pakistan which has an active endowment fund giving scholarships to deserving students.

Warid Telecom Sales and Distribution Head Amer Aman Khan said that Warid is not just a telecom company but a “life ka network” and the youth is the most important part of this network. He said that costs of education are rising every year and collective efforts are required to help the bright students of the society who cannot afford their academic expenses. He said that GCU is an international standard institution in Pakistan and it is a privilege to support the bright students of such an esteemed educational institution.

He also pledged that the Warid would give more donations to the GCU Endowment Fund Trust to support its great cause.