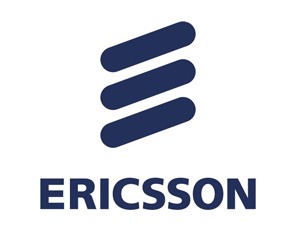 Mobilink has signed Ericsson, the world’s number one vendor and known to be the most expensive and sophisticated telecom equipment maker, for network expansion and 3G roll-out, maintenance and other network functions, we have confirmed with sources.

While you may know that Mobilink had signed long term contracts with Huawei and Alcatel-Lucent, just couple of months back, for its network expansion, modernization and laid the foundation of future 3G roll outs.

Huawei was awarded with projects in Punjab (excluding Multan and Faisalabad) and above while French vendor Alcatel-Lucent had to further drill its footprint in Sindh, Balochistan and lower Punjab.

During the project finalization, the Vimpelcom (Mobilink’s parent company) authorities faced some severe road blockades with Alcatel-Lucent’s pre-sales squad. Sources report it as a matter of mis-commitment on the part of French equipment maker, which pushed the matter to such heights that Mobilink had to back out of its deal and cancel the project assignment.

This led to immediate cancellation of contracts with Alcatel-Lucent including the roll-out, network expansion, Level-2 support and OMCR support.

This purgatory proved stressful for resources in Alcatel-Lucent as the project cancellation would put first nail in ALU’s coffin because apart from Mobilink, ALU is left with a minor work on Zong’s network in North.

By awarding such a huge contract to Ericsson, Mobilink has made a strong statement to its rivals in the cellular market that it’ll not accept a number two spot at any cost. While Telenor Pakistan preferred profits over performance by handing out its network to Chinese vendor ZTE, which has led to an exponential increase in customer dissatisfaction, Mobilink has brought in the world’s best at higher costs as.