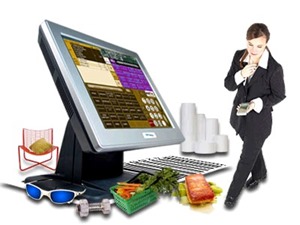 We – Pakistanis – develop software, but we don’t sell it; because we develop these software for Americans and Europeans who ultimately sell them at considerably higher prices.

How wonderful it could get if we develop software and sell them ourselves to earn all the margins and profits to ultimately bring back the entire revenue to our homeland.

Generally Asian countries are considered to be the outsourcing hotspots by IT industry leaders around the world. That is why most companies in Asia are famous for providing IT services to the small, medium and large enterprises mostly located in affluent European countries and in the US.

The companies abroad take huge benefit from the low-cost software made by their outsourcing partners and by selling these software to an unimaginably large internet market.

As a thumbs rule the foreign companies indulge in outsourcing to reduce their costs of doing business and consequently to increase their profits. The IT resource-pool is abundant in India, China, Bangladesh, Pakistan and other countries in the Asian continent. Adept at communicating in English makes things easier for the professionals providing IT and IT-enabled services as English has dominated the world of internet.

However, there is this firm called Sorcim, run by the ‘softopreneurs’ from Pakistan who decided to go on a different route, i.e. product way.

Earlier, known as an IT service provider, today, Sorcim is product-based and explores the dynamics of online market. The software made by the company called RegInOut falls into the system utilities category and helps to boost slow working computers and fix common PC errors such as Windows Registry errors.

The decision to sell product by itself rather than making a product for foreign businesses was a transition in the company’s life. Such transitions are healthy for the businesses and today the IT companies from Pakistan shall try to either penetrate into global online markets or create opportunities in the domestic market.

Sorcim Technologies of Pakistan shares a similar story. However, as business always remains in motion, the company now has successfully become a software vendor. It also plans to launch software products belonging to different categories. RegInOut (reginout.com) has taught great lessons to the company and now they are rapidly learning how to market product with credibility even if you don’t live in the Western part of world.

Before starting to sell RegInOut, Sorcim had made various software and utilities which are still being sold by the American and European web entrepreneurs.