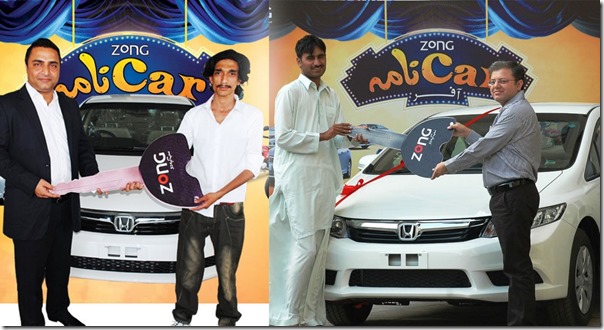 Zong has said that it received an overwhelming response for its Carnama offer which was concluded recently.

Zong has announced a series of Carnama offers, under which customers are given away Honda cars for just consuming credit for their communication needs.

Customers, who consume a specific amount of credit during a promotion time, are automatically entered into a lucky draw through which they can win Honda cars.

Zong, for its recent most Carnama offer, announced the lucky winners who were given away cars by the company.