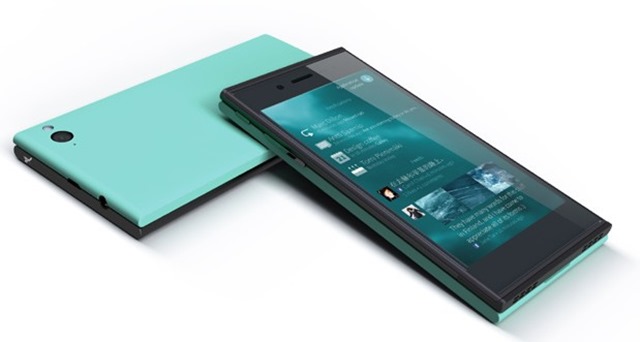 It has been almost 4 months since the Jolla phone running on Sailfish OS surfaced but its full specs are only being revealed now. The phone made by a small group of ex-Nokia employees (their company is also called Jolla) has been inspired by the great Nokia N9, and its abandoned Meego OS taken by the team to make Sailfish OS which runs on the Jolla.

One of the biggest benefits which this Linux-based OS will bring will be Android app capability. So while it is new, the OS won’t face any lack of apps. How well they’ll run is another point however.

As for the hardware, it comes with a 4.5 inch Estrade Display with qHD resolution of 540 x 960 pixels. Under the hood, it will boast a 1.4Ghz Qualcomm SnapDragon processor with 1 GB of RAM and 16 GB worth internal storage which will be expandable.

Perhaps one of the team’s biggest achievement is the tight integration between the software and the hardware. The phone’s backplate comes in four different colours (red, orange, light blue and white). As soon as any of those are changed, the software of the phone updates itself with that particular color scheme. For example, if you’ve installed a red backplate on the back of your Jolla, the OS will turn into red, or shades of red too.

This peculiar feature prompted this small team of engineers to run an extensive online campaign termed “I am the other half”. And of course, the OS itself is gesture-based, given the inspiration and the history (that is, the N9 and Meego.)

When it will hit the markets at the end of the year, it will cost around 400 Euros or around 60,000 PKR. That’s a lot of money of course but fans of Meego should definitely give it a go if they feel adventurous (or if they want to stand out from the usual crowd of iPhones, Galaxies and Lumias.)