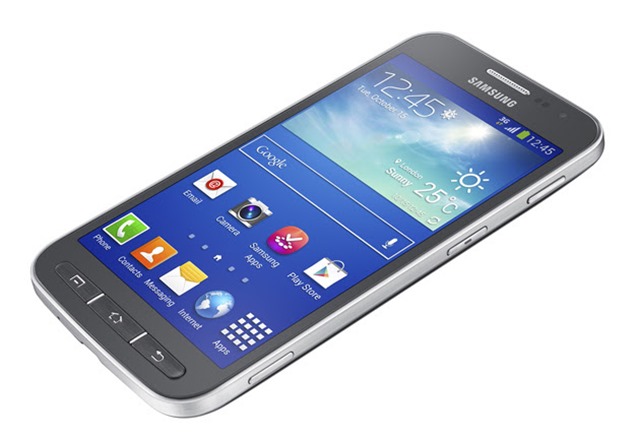 Samsung has announced the newest addition in its Galaxy line-up, the Galaxy Core Advance. The phone boasts a 4.7 inch display with WVGA resolution and is the first phone from the company in quite a time to not feature any capacitive button under the hood.

The phone, as you would expect, follows the same design language as other Samsung’s smartphones. It’s about 9.7mm thick and 145g heavy.

Underneath, you’ll find a 1.2Ghz dual-core processor breathing, along with 1 GB RAM and 8 GB flash storage which is expandable too. Towards the back is a 5 megapixel camera.

Quite remarkably for a phone of this range, it features a respectable connectivity set: NFC, Bluetooth 4.0, Wi-Fi, microUSB 2.0 and GPS.

The OS running on the phone is Android 4.2 Jelly Bean customized with Touchwiz UI. Here are the full specs of the Galaxy Core Advance:

The phone will be available in early 2014 with an unknown price tag. We aren’t expecting it to come very cheap but if it’s priced for what its worth, then it should be selling quite well especially due to that large display.