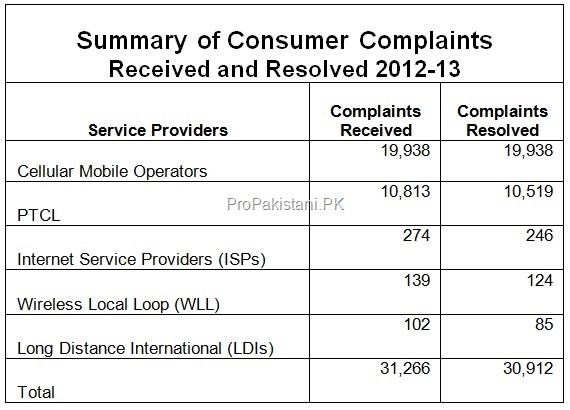 Pakistan Telecommunication Authority received 31,266 complaints against telecom operators including cellular operators, PTCL, LLs, LDIs, WLL, ISPs and CVAS during 2012-13, compared to 33,310 complaints during the previous year, said PTA’s annual report for 2012-13 which is going to get public in next few weeks.

PTA claims that almost 98% of consumer complaints – or a total of 30,912 complaints, were resolved after authority perused them with the relative operators.

The number of complaints against CMOs has the highest share (64%) in total complaints followed by PTCL (34%).

With respect to current 128.93 million cellular subscribers, the number of complaints against CMOs is a small ratio, compared to complaints vs. subscriber base ratio of PTCL. 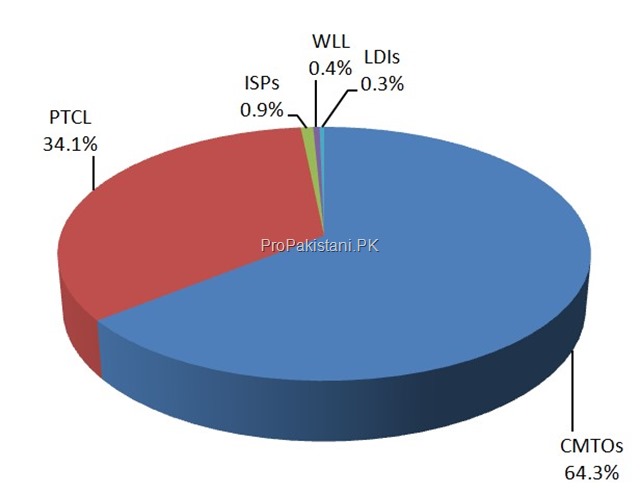 PTA said that in collaboration with operators, it has taken appropriate actions to reduce the problems faced by cellular mobile users. 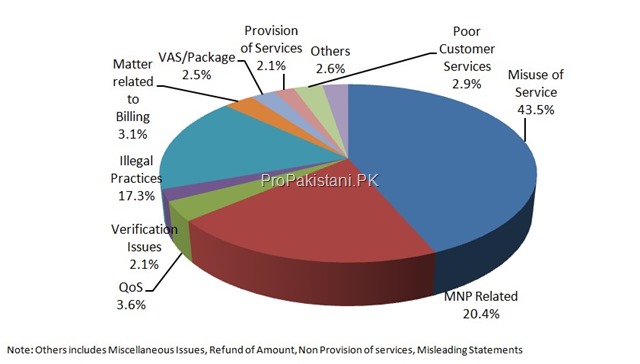 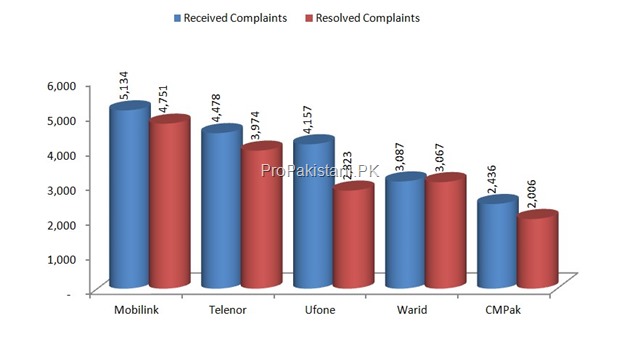 Over the last two years, complaints related to mobile number portability (MNP) issues have also decreased by 10% of the total cellular mobile complaints received by PTA. Although the uptake of cellular mobile services has profound benefits for the country, the low literacy rate and some mischievous elements trouble the customers with wrong calls, obnoxious and unwanted communication. Therefore, this category has the highest rate of complaints in the cellular sector.

Illegal practices such as obnoxious, fraudulent calls/SMS constitute 17.3% of the complaints while billing, QoS, VAS, poor customer issues were about illegal practices and others form the rest. Looking at the complaints received against each cellular operator, the maximum number of complaints (5,139) were against Mobilink since it has the highest subscriber base as well, followed by Telenor, Ufone, Warid and CMPak with 4,157, 4,478, 3,087 and 2,436 complaints respectively.

The percentage breakup of the total complains by each operator received by PTA shows that Mobilink had the highest number of complaints at 27% followed by Telnor 23%, Ufone 21%, Warid 16% and CMPak 13%. 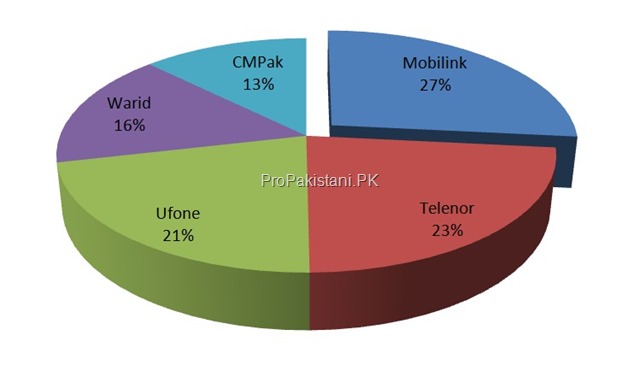 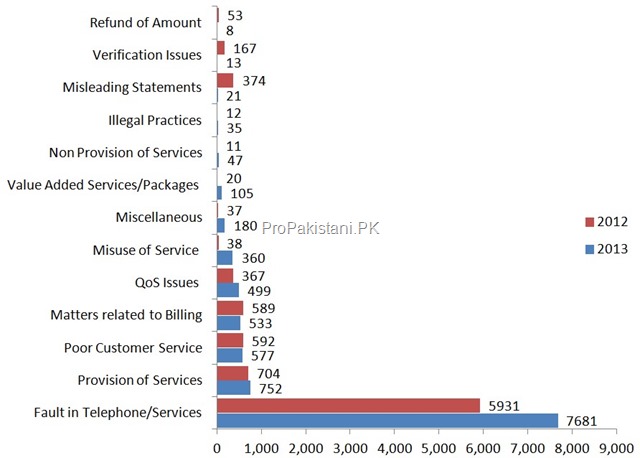 PTCL has virtual monopoly over fixed line sector. Therefore, the nature and number of complaints against the company depicts the overall state of the local loop sector in Pakistan.

The Authority received 10,811 complaints against PTCL in various categories. However, faults/disruption in service constitutes the major chunk of the complaints.

The infrastructure of the incumbent needs immediate attention to curb this major portion of complaints. Provision of service, QoS, billing issues and other complaints make up the rest of the complaints.