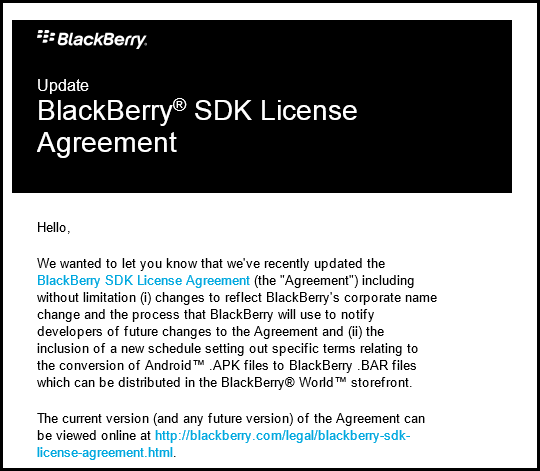 Satisfied Blackberry users have stuck with Blackberry in good times and bad, amid the hypes and torrents of reviews on latest gadgets including iPhone, Android, and Windows phone.

If you love having access to wide range of apps and are an avid fan of social media apps such as Instagram, Skype, and Whatsapp, you will probably be better off sticking to your iPhone or Android phones. However, if what you want is hardcore performance, with zero compromise on deadlines, Blackberry will never fail you.

One of the most common criticism about Blackberry’s evolution is its sluggish approach towards app development. App World, which is Blackberry’s app store, has very limited assortment of apps in comparison to Android’s Play Store or Apple’s App Store. This argument is justified to a large extent as App World has failed to cater to the needs of the increasingly growing demand of users, primarily the ones inspired by iOS and Android experience.

There is of course a method by which you can SideLoad an android app on a Blackberry Device, however, it is not too convenient to play around with. The process is fairly complicated for users who have gotten used to the luxuries provided by Android and iOS.

The good news for blackberry users is that the recently acquired BlackBerry SDK License update has made it possible for .APK files from Android Apps to be converted to .BAR files, which can be run as Blackberry App file.

Important clause here is that developers would be able to push these converted files to App World officially which essentially means that one can expect to see Android App store on BlackBerry App World soon.

That can be the breakthrough that Blackberry is craving for. With the new BB OS 10 it has already covered a lot of ground. Z10 was a desperate attempt to catch up on iPhone and Android phones, which has succeeded to some extend.

The Q Series with its QWERTY and Touch mode seems to cater to both the existing  BlackBerry users and other smartphone dissidents.

With its recent sell-out failing, Research In Motion (RIM) has to explore new avenues as soon as possible to re-gain the industry that it once almost monopolistically ruled.