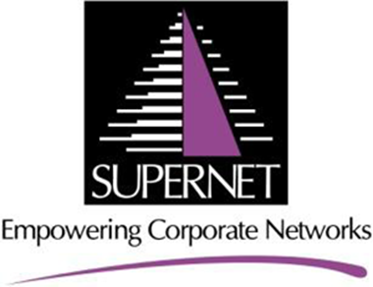 The contract was awarded to Supernet after it had successfully tested and proven the technologies and processes for seamless transition to an end-to-end IP satellite network by utilizing Comtech EF Data’s award-winning and field-proven mobile backhaul solution.

This migrated satellite 3G network will carry more than 500 Mbps of voice and data traffic.

The migration to a 3G network will be carried out by simply enabling the optional IP Packet Processor of Comtech EF Data’s CDM-625 Advanced Satellite Modem with DoubleTalk® Carrier-in-Carrier®, and most importantly, without increasing the satellite bandwidth while maintaining the service quality. The CDM-625 modems were originally deployed by this operator for a 2G network.

All of the Mobile Network Operators (MNOs) in Pakistan have utilized satellite for their core backbones’ primary links and for access links to extend 2G/2.5G service coverage into rural and remote areas.

Currently, the total mobile backhaul traffic carried over multiple C- and Ku-band transponders is approximately 1.5 Gbps. With the recent preparation to launch 3G services in densely populated urban areas, the traffic volume is expected to get doubled.

With more than 18 years of experience, Supernet has designed, deployed, and maintained satellite based mobile networks including those for four of the largest mobile networks in the country carrying over 1 Giga Bits of mobile traffic over multiple satellites. The core technology in Supernet’s satellite mobile network is designed around Comtech EF Data’s mobile backhaul solutions, including the CDM-625 / CDM-625A DoubleTalk Carrier-in-Carrier modems, the integrated WAN optimization processor and the CXU RAN optimization devices which have repeatedly proven to provide the lowest total cost of ownership (TCO) without degrading service quality.

In this particular case, a network upgrade and migration to a 3G-ready network was achieved without replacing the multi-million dollar 2G platform investment.

“We are extremely pleased to have successfully met the challenge of retaining the performance and reliability of one of the largest satellite backhaul networks while upgrading from TDM to an all IP backhaul solution. This is yet another experience added to our existing rich portfolio of GSM Backhaul over satellite services in Pakistan.” stated Hamid Nawaz, COO of Supernet.

Daniel Enns, Senior Vice President Marketing & Business Development for Comtech EF Data commented, “We are very excited to partner with Supernet and to help facilitate the continual growth of mobile services in Pakistan. Our CDM-625/CDM-625A Advanced Satellite Modems and our highly efficient RAN / WAN optimization products are purpose-built for the 2G/2.5G/3G/4G mobile backhaul markets. The successful migration testing of a 2G network to 3G without increasing the required satellite bandwidth is a validation of the benefits our solutions delivers. Examples of our integrated technologies that MNOs use to reach more users while lowering overall costs are advanced modulation and forward error correction coupled with the seamless integration of DoubleTalk Carrier-in-Carrier, RAN and WAN optimization, and PtP (Precision Time Protocol) .”