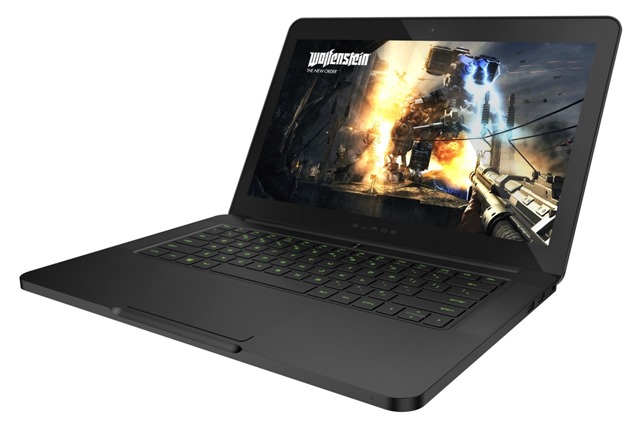 Razer, a company known for making premium products with top-class designs, has released updates of its two high-end laptops. Through this latest launch, the company is trying to correct every wrong step it took previously.

As is usual practice with these launches, the two machines demand a heavy price in return for their top-of-the-line performance in a portable package.

The new Blade trades the much-criticized 1600 x 900 pixel 14″ display with an improved 3200 x 1800 IGZO panel, with wider viewing angles. If that wasn’t enough, the blade also has a touchscreen for better navigation in Windows 8.1

Under the hood, you get a quad-core Intel Core i7-4702HQ processor with Nvidia’s latest GTX-870M Graphic Processor Unit (GPU), with 3 GB worth dedicated GDDR5 VRAM; 8 GB worth RAM is also onboard. This powerful pedigree allows it to run titles like Battlefield 4 in all its glory at a playable rate. However, you get 128 GB SSD for storage which probably wont be enough.

The Razer Blade makes no compromises in its design. The green and white metal chassis is just 0.7″ thick and just over 2 kilograms heavy.

Connectivity options include Wi-Fi 802.11ac, HDMI and three USB 3.0 ports. The Backlit keyboard allows you to see the keys in dark.

Pricing starts at a staggering $2199 for the starter model, this is $400 more than the model it has replaced. 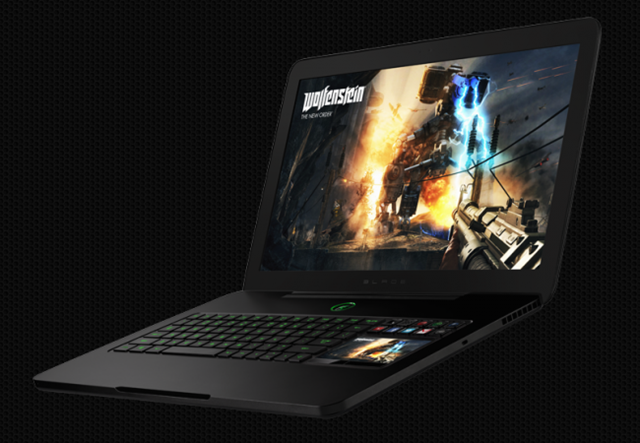 Under the hood, you get an Intel Core i7-4200HQ processor with 16 GB worth RAM and 128 GB storage in the starter model.

Like the previous model, this particular laptop also comes with two rows of programmable keys over its touchpad, which also lies alongside the backlit keyboard and not below it.

For connectivity you will get Wi-Fi’s latest standard, the 802.11ac, HDMI, Ethernet, and three USB 3.0 ports are also available.

On the upside, if you are finding this price range a bit too expensive, you can check out the previous Razer models which have now been discounted.