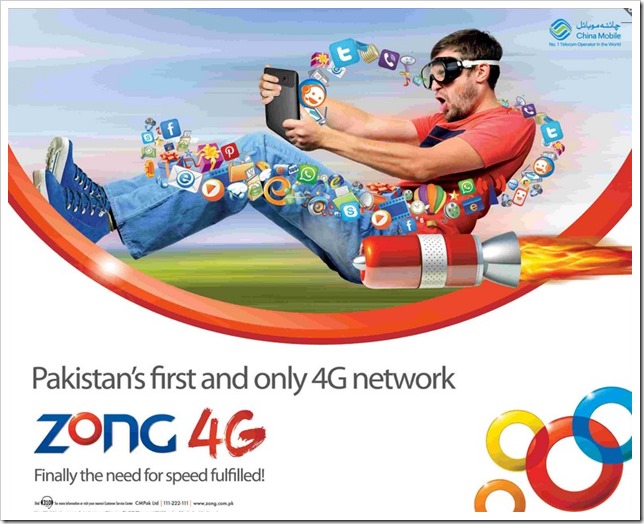 Securing a 4G license — on top of a 3G license — had earned Zong a notable respect from the industry and as well as the subscribers.

A network, which was previously known for cheap prices and low-cost SMS and voice bundles, was at once become the front runner in the race of technology.

With 4G technology in their hands, Zong had suddenly become the favourite network of the early adapters.

Again there was no doubt they had become the first and only 4G operator in Pakistan, a status that deserved huge appreciation and admiration.

However, unfortunately though, all the decorousness and status could not hold Zong from copying an artwork for its first ever 4G ad.

It’s sad, but a reality now.

Have a look at Zong’s ad that appeared in yesterday’s newspapers:

Lo and behold, following is what you will see there.