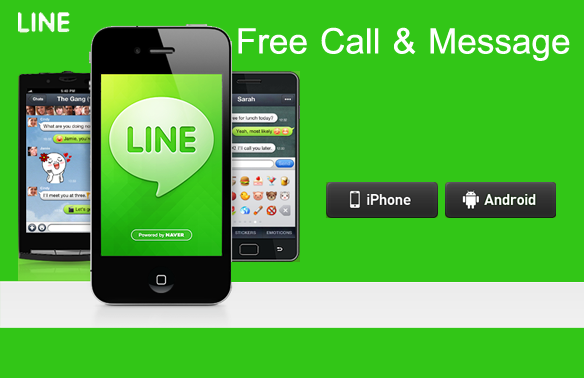 Instant messaging apps are trending and are being designed to offer a mingle of social, voice and text functions in a single package.

Built by the Japanese arm of Naver, LINE is a VoIP service that supports all leading mobile platforms and this app enjoys a sizable portion of users in US, UK, China and other south-east Asian countries.

It is a significant app just like Skype, WhatsApp and Viber. It allows users to establish contact with each other, text and call for free, no matter where you reside. This reason behind its creation was to come up with a mode of communication that could serve well during the disastrous earthquake hit in Japan which devastated its communication system completely.

Recently Line entered the Indian terrain and now officially LINE has launched in Pakistan with the expectations of becoming the Pakistan’s first and foremost choice in terms of communicating with each other via a social platform.

My stance can be proved with the stats which reveal that over the passage of time, LINE is one of those few apps that grabbed the attention of some 75 million users and is competing with the most popular communication tools for mobile phones.

What’s new? Well, besides the icons and stickers, for which it is famous, there are other features that we are discussing here.

To kick things off, let us take a look at what LINE offers upfront –  a messaging service. Right after the installation you go through the few-minutes-long setup process which involves formalities like verifying your account via traditional SMS and adding friends. Nothing complicated though.

LINE allows you to add friends by multiple ways like you can search them by usernames, or you can scan a QR code or by shaking phones beside each other.

In fact, LINE offers more functions than its competitors; WhatsApp and Viber. Referred as a newborn social network, LINE offers not only free messaging service, but you can also call to any LINE user for free for unlimited duration, from any location to any other location in the world.

What do the people of Pakistan require for this app? All you need is a smartphone or tablet which supports this app i.e. Versions for Windows PC and Mac, devices running iOS, Android and BlackBerry. Then you need to install the app which is free, and you are good to go as long as you have an Internet connection.

Internet connection would mostly be through a 3G or 4G data plan, since you want to be able to use it anywhere you are. Wi-Fi is somewhat restrictive physically. But it is clearly the best channel.

Configuring this app is very simple and easy as it makes use of your contacts and automatically add the ones with LINE to your list of friends.

Talking about its functionality then LINE allows you to easily start a chat or make a call right from the main screen, as well as you can even update your status, share pictures and your location from there. This is not end of it, in terms of extended functionality, LINE is also available for PCs and tablets, so you perform the same tasks comfortably using your keyboard.

LINE is something beyond being just a communication tool. It can also serve the purpose of  a Social Network. The Timeline feed is the place where you can see what you’re friends are up to and you can comment on their status. In the same way, you can also manage your group messages with at least 100 people at one time.

So for all Pakistanis here are some of its amazing additional features:

The developers of this app have themed it on the basis of the Japanese culture of Kawaii and the illustrations and emotions are the biggest proof of this fact. With this in mind, the developers have launched numerous games both within the app and as separate standalone apps. Some are free, others must be purchased, but each one is styled on or heavily influenced by Kawaii.

The most interesting feature of LINE and fairly a central component of its business model, are the stickers. You can call these as the app’s second set of emoji, which are available to users in most inspiring and useful array of illustrations.

It is possible to have entire conversations using just stickers, which is good, after all that is what the ad brings up. There are thousands of them each worth a thousand words. 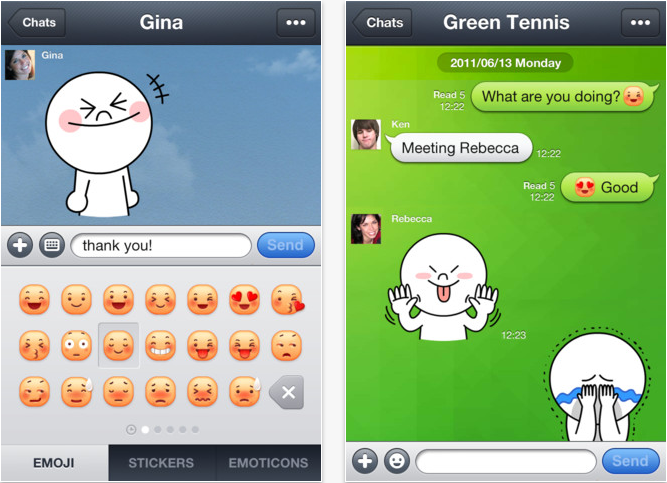 Now let’s look into the various pros & cons of this app.

LINE has been on a marketing push in India which has added 10 million Indian users to its registered users count in about three months, as it prepares to kick off a Bollywood actress-Katrina Kaif-backed TV ad campaign in the country.

This marketing strategy worked out for them beautifully as LINE’s voice calls service have grown 3,200 %, use of stickers is up 1,800%, and messages have grown by 700% since June 2013. Based on figures, the question that arise is will the same ad campaign work for Pakistani people as well?

LINE has already revolutionized the markets of USA, India, Japan, etc. and now it is heading towards Pakistan hoping to gather the same deal of revenue.

We are excited to see LINE’s speedy growth in the Pakistani market, where daily usage of smartphones has become an indispensable part of lives for many young people.

The advanced speed of development and expansion of Pakistani smartphone market makes the country that much more significant to LINE.

In the near future, we will be partnering with local Pakistani artists and personalities to provide locally-tailored stickers and features for our users in Pakistan. – Bilal Farrukh, Country Lead for LINE Pakistan.

LINE’s direct competitors are WhatsApp and Viber and according to last year’s figures they have managed to make their money by selling games and stickers. Out of which 50% came from social gaming among users and 30% from the sale of sticker packs.

WhatsApp is good and very popular but there is no possibility to place voice calls. Viber on the other hand supports voice calls but the apps lacks itself as it faces the problems of stability and it keeps crashing over and over again. According to me, Line offers more features and a better worked and more intuitive interface than the other two.

Since the emergence of 3G in the country, international market sounds pretty much interested in launching their apps in Pakistan as well.

The success of LINE app directly depends on the acceptability towards the app. If people find it more functional and handy and they are willing to swap it with its counter apps, LINE is going to be the next big trend as it has all such features that other apps offer.