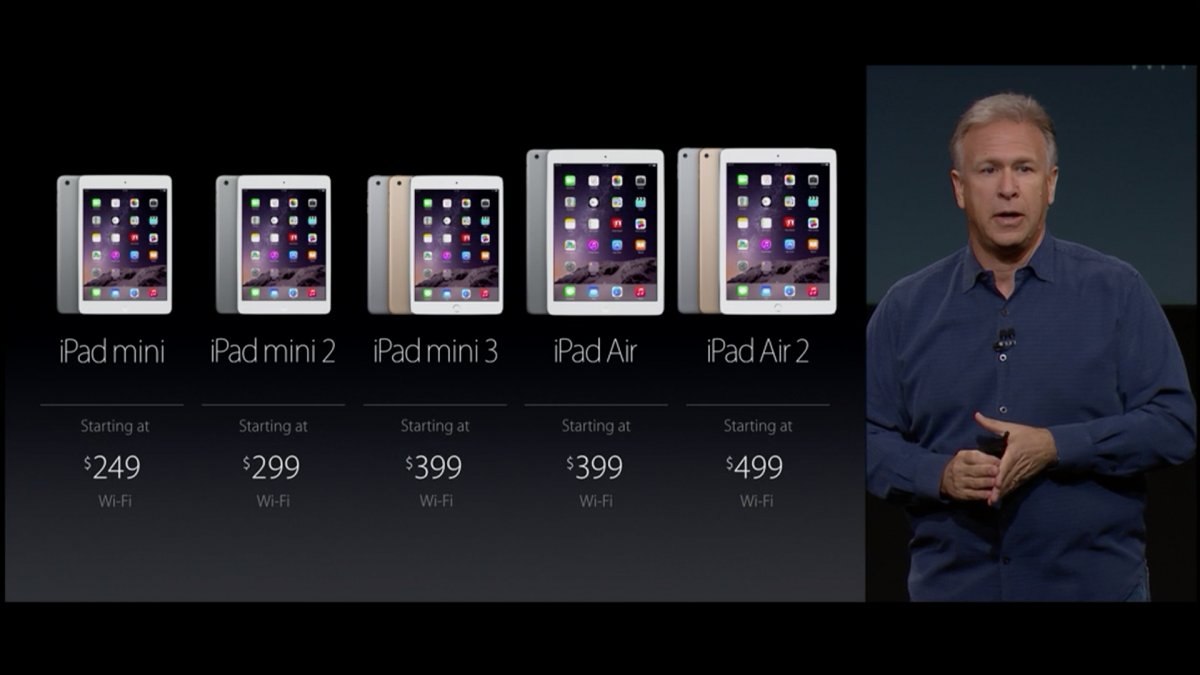 The first iPad Air was extremely popular, at least among buyers. No wonder it had 100% consumer satisfaction and propelled overall sales to 225 million. Yet, the fact is that the sales are declining. How do you tackle competition?

By offering the iPad in gold and shaving off 18% of thickness, of course! On a more serious note, the new iPad comes with a laminated Retina display finally, and optically binded components, i.e. the glass, touch sensor and LCD have no air gaps in between. Replacing the boring home button is Touch ID.

Underneath the surface lies the next-generation Apple A8X processor, which is a step ahead of the A8 found in the aging iPhone 6 and packs a whopping 3 billion transistors. It is 40% faster than the original Air, has 2.5 times faster GPU and is 180 times faster than the original iPad. It is also 64-bit. Partnering it is the M8 co-processor which tracks both motion and elevation.

Towards the back is an 8 megapixel camera with f/2.4 aperture and 1.12 micron pixels. It is also capable of 1080p video recording and is coupled by a new FaceTime shooter with larger, f/2.2 aperture. There is also burst mode, slo-mo recording and 43 megapixel panoramas for the rear-lens. More-importantly, it is clear that we’re now reaching a time when our phone and tablet cameras can finally replacing the point-and-shoots once and for all. The photos captured on the new iPad look absolutely terrific.

Also onboard in Wi-Fi 802.11AC with MIMO. There are more LTE bands here. TouchID is also here, meaning you can use Apple Pay here too. Other than Gold, the iPad will also be available in Space Grey and Silver. 6.1mm is again the word to remember here, as Apple with its obsession to make the thinnest and lightest has once again succeeded here.

Pixelmator is seeing a dedicated iPad version and so is Replay. You don’t usually do editing on a tablet but they’ll surely get the job done.

The latest iPad mini comes with an almost-same spec-sheet as the its older cousin. You get a 7.9″ display here, with Retina resolution. However, underneath, you get the aging Apple A7 processor, with M7 motion processor. That means that unlike last year’s model, this year’s iPad mini isn’t on the same level as its bigger cousin when it comes to power source.

It will also be available in Silver, Space Grey and Gold. Right now, though, we can’t think of a huge reason to take this mini instead of the mini 2.