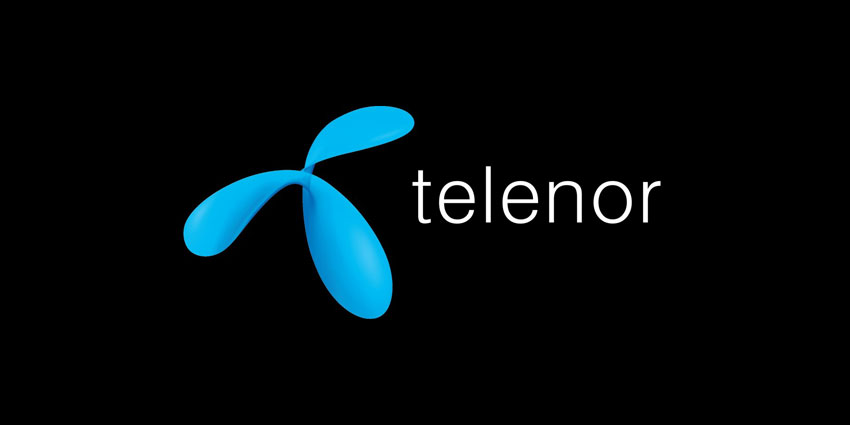 Telenor Pakistan has reported a 6% increase in its total revenues during third quarter of ongoing fiscal year. Company said that its total revenues increased to Rs. 25.12 billions, up from Rs. 23.09 billions it generated during the same period last year.

Growth in revenues is mainly attributed to better inputs from Easypaisa, growth in data services and increased revenues from incoming international traffic after leaving the International Clearing House.

One third of the entire growth in revenues of Telenor Pakistan is only due to Easypaisa unit.

The EBITDA margin decreased by 1 percentage point due to accruals for the introduction of a new SIM issuance tax in this year’s budget,

which impacted the margin negatively by 5 percentage points during the quarter. This was partly offset by reduced operations and maintenance
costs following completion of the network modernisation, and lower energy costs from several energy saving initiatives. EBITDA in local currency increased by 3%.

Capital expenditure increased from further expansion of 2G network in addition to the scheduled rollout of additional 3G sites, expanding the coverage to 1,500 sites in 33 cities.

Average minute consumption per user per month on Telenor’s network remained at 256 minutes. ARPU for prepaid users stood around Rs. 185, while ARPU for postpaid users was recorded at Rs. 700 per month.

Telenor said that its customers base at the end of reporting duration was around 36.38 million, out of which 375,000 subscribers were postpaid.

Below are highlights for Telenor earnings for Q3 2014: 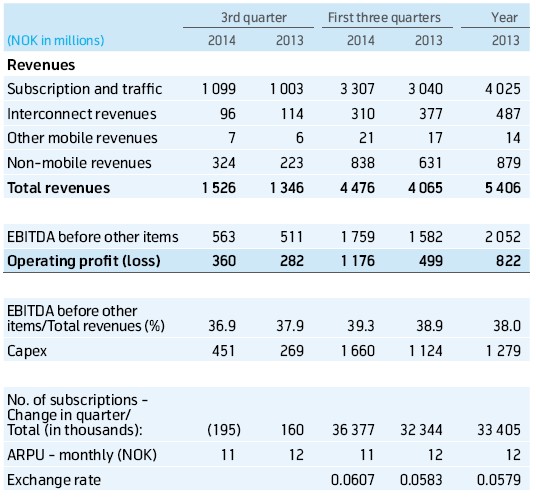