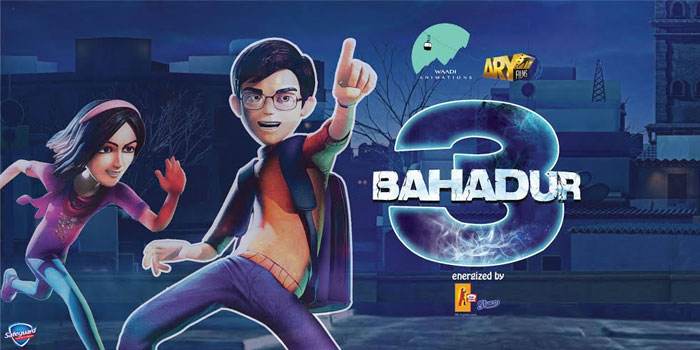 Pakistan’s first animated movie ‘3 Bahadur’ is set to release next year and an aggressive marketing strategy has been planned to make it a blockbuster in Pakistan, according to Sharmeen Obaid-Chinoy, an Oscar winning short film producer.

“The film is a result of several years’ worth of hard work and collaboration with illustrators, writers, animators and visual effects artists. We have also been very lucky to have the support of our sponsors who want to see quality content for children being produced and distributed in Pakistan”, Chinoy said.

3 Bahadur is not only a movie, it is a movement to empower kids of the country regarding their journey of self-discovery of power to play their role for changing society. The movie is inspiration that we need to instill in our next generation because every children who goes out for school in Pakistan is bahadur (brave). We should promote the cause of the movie with the message.

The movie is a local production with everything from content to script and technology being done by Pakistanis. In addition, there are a lot of volunteers who have donated time to make the film a reality.

What is the movie about?

3 Bahadur is story of three characters of same age group (11 years old). They have special power but not a supernatural power which helps them using their sense and wisdom to discourage bad deeds in the society.

The 70 minutes feature movie is based on three characters:

Packed with action, comedy and heart rendering moments, the film is an epic journey of friendship, teamwork and courage and aims to inspire the next generation to realize that they too hold the power to change the future of Pakistan. Its plot is designed in a fictional town in Pakistan, Roshan Basti (Town of Light), in which major the three characters set out to save their community from the many evils that plague it. 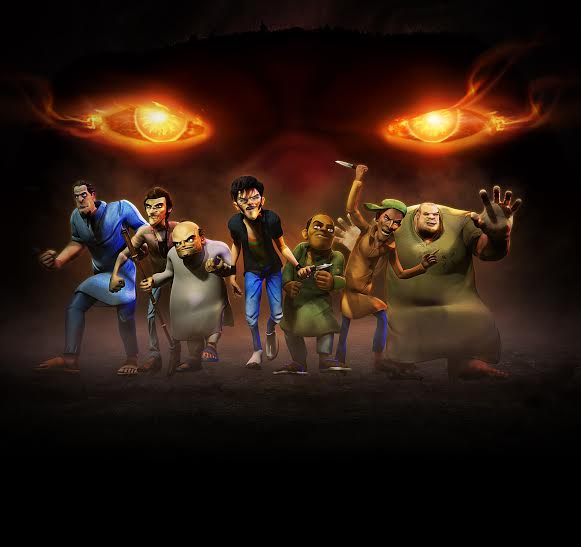 Waadi Animations will be launching a dedicated website for ‘3 Bahadur’ which will showcase detailed information on the film, its story and characters and downloadable content such as photos, music and exclusive behind-the-scenes videos.

An animated game is being designed on the theme of ‘3 Bahadur’ for all major OS. Waadi Animations will also be launching a ‘3 Bahadur’ Children’s Book and weekly Comic Strips Series which will showcase side adventures of the ‘3 Bahadur’ gang fighting issues that the common Pakistani man faces on a daily basis.

The movie is not limited to cinema only but it will be showcased in the schools and homes in cities, suburbs and villages, said Jerjees Seja, CEO, ARY Digital Network. The movie will be promoted throughout Pakistan and the Middle East.

With the release of Pakistan’s first animated movie and its expected success, it’s hoped that a lot of professionals in the IT industry from animation to graphic designing will get courage to utilize their skills in the creative industry.