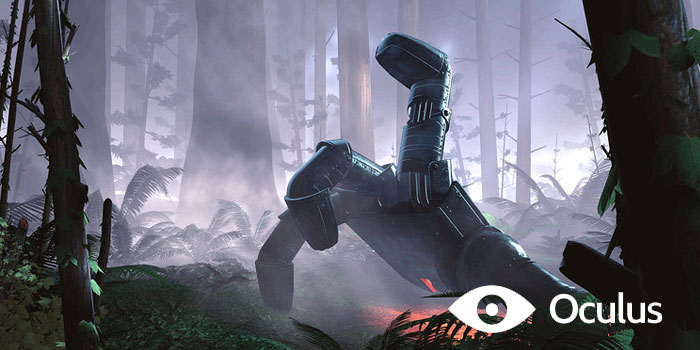 It won’t be wrong to say that virtual reality is here to stay. Not only have we seen several notable companies introducing their own VR headsets in the past few months, we’ve also seen existing ones putting more emphasis on developing content to showcase their technology.

And what better way would there be to showcase VR than making movies? Which is why Oculus, one of the oldest players has decided to make its own films using its technology in its newly-found Story Studio.

Story Studios’ workforce of 10 people includes alumni from Pixar Animations, one of the biggest animation film studios, now owned by Disney. The first product to come out is a real-time computer-generated VR film called “Lost”, which is the story of a robot arm in search of its owner.

The main thing is that it allows you to move at your own pace. So while a traditional film starts and finishes in a known period of time, Lost can take anywhere between three to ten minutes. The headset tracks your position and altitude as you move around.

Lost will officially debut at the 2015 Sundance Film Festival. “Film has very linear storytelling, it’s one-dimensional. In VR, you need to find a three-dimensional way of telling the story where the space around you matters,” Saschka Unseld, Director, Lost.

Full-length movies are decidedly far away as a number of issues need to be resolved. 360-degree graphic rendering still require an optimum format and hardware to work properly.

Story Studios will produce three more movies later this year: Bullfighter, which pits you and a raging bull inside an arena, Henry which is a story of a hedgehog and Dear Angelica, which places you in a comic book. While originally made for gaming, Story Studios can open a new era entirely for virtual reality.