The Original Pebble was a huge success when it came out in 2012. It was one of those rare Kickstarter Hardware projects which actually delivered what it promised. Pebble followed that up with the Pebble Steel. Now, they have announced the Pebble Time, their third-generation color smartwatch.

Pebble has done pretty well for itself despite a lot of competition from the Moto 360, Samsung Gear and LG G Watch. This is because the watches are well designed, provide cross-platform functionality and are quite affordable. The company has sold a million plus smartwatches so far.

The Pebble Time is being funded through a Kickstarter campaign just like the original Pebble. It is one of their biggest successes as it managed to reach its goal of $500,000 in 17 minutes. It now stands at around 6 million dollars.

So What’s New in Pebble Time?

The Pebble Time will feature an all new design, a color e-paper display, a microphone to respond to incoming messages and recording voice notes. The interesting thing about this watch is that it has buttons and does not come with any touchscreen technology. 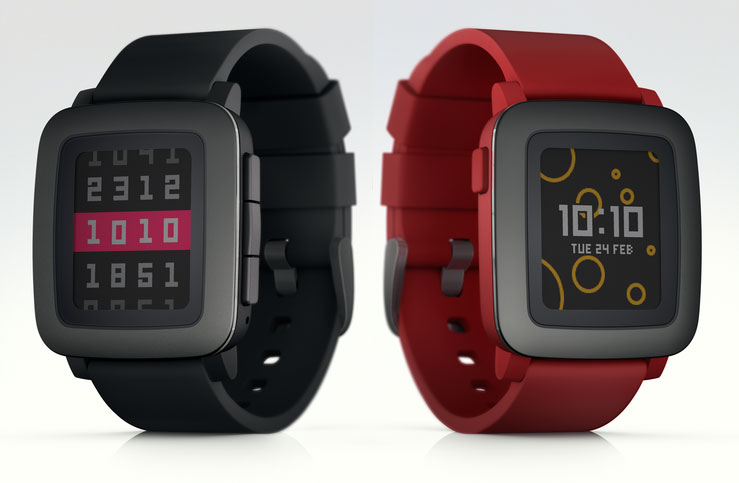 The Pebble time will be 20 percent slimmer than the previous Pebble models. It has a curved design so that it won’t hurt your wrist and can be hidden under your sleeve. The screen is made out of scratch-resistant Gorilla Glass while the bezel is made out of stainless steel.

Not only does it have a great design, but it is also water resistant and you can also view the screen in direct sunlight. The battery life is expected to last up to seven days between charges. It also has a smart accessory port which will make it easier for third parties to connect to the watch.

The Pebble Time will work with iOS 8 (on iPhone 4S and above) and all Android 4.0+ phones including Samsung, HTC, Sony, LG, Google, Motorola, Xiaomi and more.

You won’t be able to get your hands on the Pebble Time directly as it will only be available to backers of its current campaign. So if you are one of the lucky early bird backers you can get it for $159. Other backers will get it for $179.

The rest of the world will not have to wait long as the Pebble Time will be available for $199 when it ships in May. There are also three colors to choose from: Black, White and Red.  Kickstarter backers will get a special engraved watch which will set them apart from the rest of the bunch.