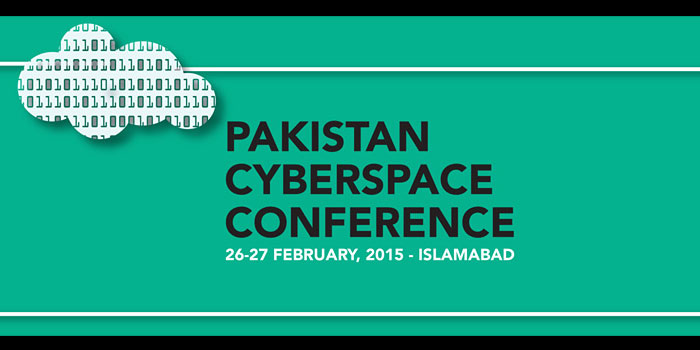 One of the biggest problems Cyber denizens in Pakistan face is the lack of a Cyber Crime Bill. The Musharraf government had promulgated a law called The Prevention of Electronic Crimes Ordinance (PECO) 2007 which lapsed in 2010.

It has been five years but so far our legislators have yet to come to a consensus regarding Cyber Crime. Pakistan is one of the rare few Developing nations without a proper Cyber Crime ordinance. The lack of consultation with the stakeholders is one of the main issues here.

This is why Bytes for All has organized the Pakistan Cyberspace Conference 2015. The aim of this conference is to bring together well renowned international and national cyberspace experts, government officials, human rights activists, business leaders and media professionals to discuss a range of issues related to cyberspace in Pakistan.

It is also hoping to create a public discourse on entrepreneurship, Cyber Security, cybercrime and cyber governance. This is an important conference especially in light of the news that the PTA may get the power to police Social Media. It might also persuade the government to come up with a well drafted policy which involves the input of stakeholders: civil society.

This will be followed by the Global Conference on CyberSpace (GCCS) in the Netherlands where a number of countries, including Pakistan will discuss Internet Governance and cyber security.

The conference will be held on 26 – 27 February 2015 in Islamabad and will consist of five panels across two days. ProPakistani’s Aamir Atta will be a panelist on the Cyber Warfare forum on the 26th.

The discussion panels will be on the following subjects:

The conference is open to the public, but participants need to fill out the registration form online.

This conference is being organized by Bytes For All, Pakistan, with support from: Global Partners Digital, the Citizen Lab, the Embassy of the Netherlands and the High Commission of Canada.