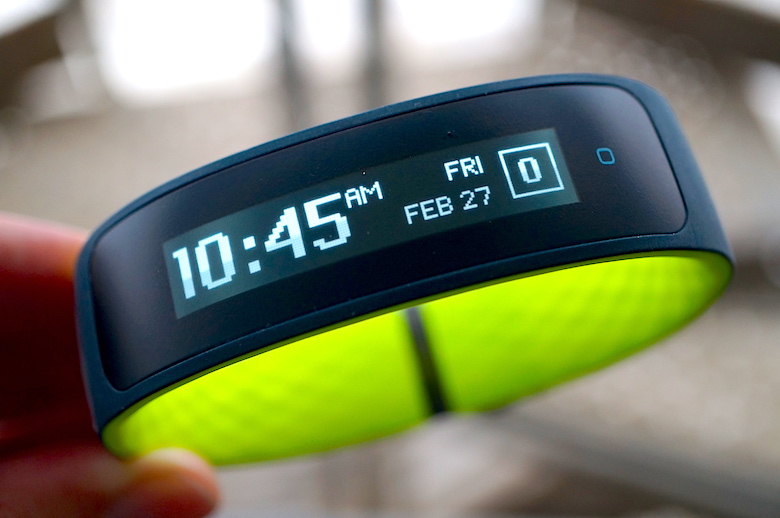 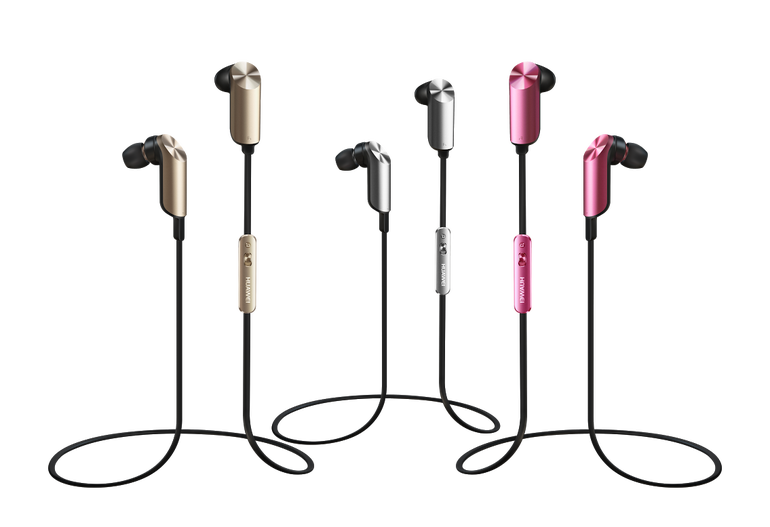 Huawei announced two new accessories, the TalkBands N1 and B2. The N1 also falls in the fitness tracker group while playing music through its earbuds. It will give you the amount of steps you’ve taken, the number of miles you’ve jogged and calories burnt after syncing with your phone.

When not in use, the earbuds magnetically attach to hang around your neck. They come with their own 4 GB internal storage for 1000 songs so you don’t need to carry your phone around everytime you go out for a run. They come with IP54-certification for dust and water resistance for protection against sweat and weather.

Lastly, the battery life is said to deliver 7 hours worth music playback and 4.5 hours of talktime. They’ll be available in Gold, Grey and Red for 119 Euros, which is quite a lot but there isn’t much competition around at all. 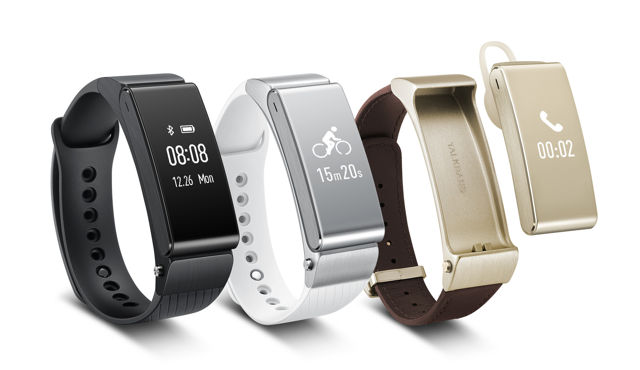 The TalkBand B2 is the better product of the two. It has an aluminium alloy design and can dock out of its watch strap out to become a Bluetooth headset.  It comes with a 0.73” PMOLED touch-enabled display. There’s a six-axis motion sensor, microUSB and Bluetooth 4.0 onboard for connectivity. A 90 mAh battery provides battery life of up to 12 days on standby and 5 hours of talktime.

The earpiece alone weighs just 9.4g. It is available in Silver, Black and Gold and costs 169 Euros for the standard, and 199 Euros for the premium version, which will be available with a brown leather strap. That price puts it in smartwatch territory but whether that will matter remains to be seen.

HTC has announced its first ever accessory with the new Grip, which is a fitness tracker clearly meant to compete with companies like Fitbit. It is made with co-operation with the fitness company Under Armour and will cost $199.

The Grip comes with a 1.8” PMOLED display with 32 x 160 resolution. You get all the basic sensors such as accelerometer, gyroscope, compass and light sensor but not a heart-rate monitor, you’ll have to buy that separately which is a bit disappointing.

It can however track your run, cycle and sleep cycles. There’s IP57 rating which means it can afford to get a bit wet but not much else. You can also receive notifications for texts and calls on your wrist. The Band which is available in lime or teal flavors will be available in three sizes.

A 100 mAh battery provides up to three days worth standby time but 5 hours with the GPS on. It is compatible with phones running on Android 4.0 and iOS 7.0 or above. Overall, the wristband feels just a bit too expensive, considering it costs $199 which is close to a few notable players’ offerings and doesn’t come with a heart-rate monitor. 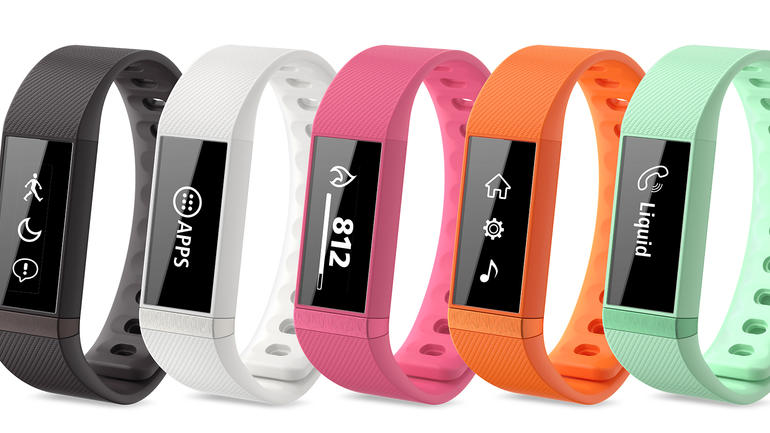 This is perhaps the most-alluring package of the three. Costing just 79 Euros, the Liquid Leap+ will come in a wide range of colors and impressive IPX7 certification. You get a one inch monochrome OLED touchscreen which can also display notifications and control music after connecting through Bluetooth 4.0 LE. The interface is swipe-based.

It can track your activity and sleep cycles, while also calculating calorie burn. The band can withstand a dive one-meter underwater for up to half an hour. Battery life is quoted at 5-7 hours on standby.

Lastly, the bands are interchangeable and good-looking. A huge point in this tracker’s favor is the diverse compatibility, which means it can pair with any either an iOS, Android or Windows device.

The Liquid Leap+ as said earlier will be available for around 79 Euros or 9000 PKR. It’s clear that Acer is trying hard to make a usable fitness tracker which doesn’t put a major dent in your wallet. The Leap+ does seem like a winner to us.