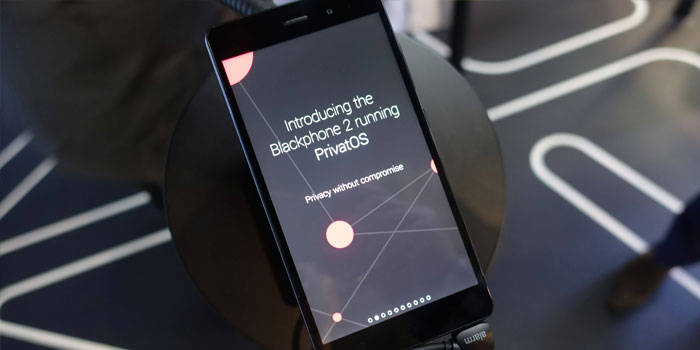 If there was ever a phone Edward Snowden would himself use, it would probably be this one. The Blackphone 2, the successor to the original “NSA-proof” smartphone has been announced. The phone which runs PrivatOS 1.1 on top of Android is said to be so strong its makers would actually pay you if you can get inside it.

The Blackphone 2 also comes with respectable specs now. The display size is 5.5″ with Full HD resolution and Gorilla Glass 3. Underneath, you get a 64-bit octa-core processor with 3 GB RAM. There’s a microSD card slot for expandable storage as well as LTE.

The unique feature of the phone’s OS is to create “Spaces” which are essentially different profiles within the same phone. It allows you to login on different features of an OS, assuming a different identity altogether.

There is a Silent Suite consisting of Silent Phone, Silent Contacts and Silent Phone, which all feature encrypted conversations. It also features remote wipe, in case your phone is lost.

The phone features quick-charging on its 3,060 mAh non-removable battery. There will also be a tablet called the Blackphone+ around, which will feature a Qualcomm chip but other details or even a screenshot is not given right now.

Silent Circle, the company raised $750 million through the orders of the first Blackphone. It’s betting so much on the Blackphone 2 that it will pay you $128 for every single bug that you find, apart from sending a fix within a 72-hour window.

The phone is available for $649, the same as the first-gen Blackphone.