The award ceremony was held in Islamabad which was attended by number of leading organizations.

Warid has supported SKMT on number of social initiatives and awareness campaigns throughout the year. The company winning this award for the fourth time is significant in order to show the consistency of Warid’s commitment as a socially responsible organization. 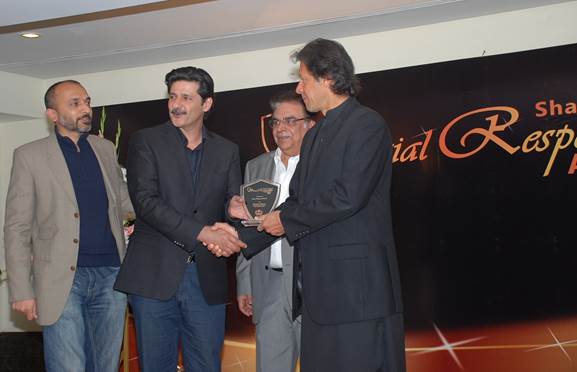 “It is the continuous support from the organizations like Warid Telecom, that we are able to sustain and provide free quality cancer-care to the most deserving patients.

The support has also enabled us to construct Pakistan’s second Shaukat Khanum Cancer Hospital in Peshawar, which is almost near its completion. I appreciate the continuous efforts by Warid Telecom and other organizations should also benchmark Warid to honor their part for the wellbeing and welfare of the society”