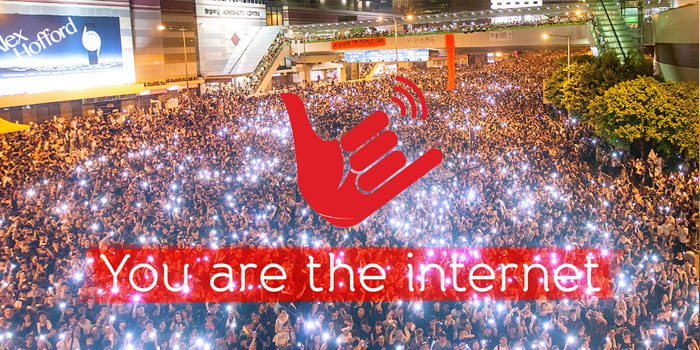 This app uses a Bluetooth connection to spread the messages and makes its own network without the need of internet connection or cell service. On its surface, the app is a bit like twitter and a normal SMS messaging service. It allows public chat rooms created using hashtags and it also allows one-on-one communications. The apps biggest selling point is its ability to create a Bluetooth network when there is no other service available and handle communications over it.

FireChat is free for the time being and the developers say they have enough capital to manage the app for two years, but when they do monetize, they will license its Bluetooth connectivity to mobile game developers or developers who want to use a similar method to create networks for their applications. The app is free to download and available on iOS and Android.