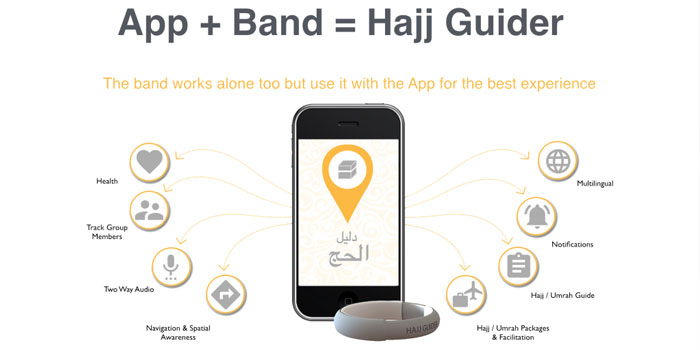 Hajj is one of the most religious experiences for Muslims around the globe whereby millions of people congregate to perform this sacred act. That also explains the interest of the government in managing as well as facilitating this religious task for its citizens.

Despite the long spells and sessions of planning to make it perfect, family members often get lost in a huge crowd and locating them can be quite a tough nut to crack in that case. That’s where Hajj Guider could come in handy, folks.

What is Hajj Guider? 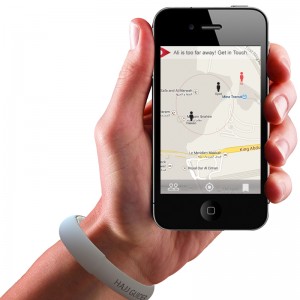 This is a wearable technology startup which has come up with a mobile app along with a wearable band that is especially targeted at those who wish to perform Hajj. The app offers a flurry of different services such as navigation services, detailed maps, emergency alerts, geo fencing services, health check, real-time location services, Hajj packages recommendations and location monitoring.

The band doesn’t require any cellular signal or the internet in order to function. Instead, each band forms a mesh network with the others that enables offline tracking and communication over 5km. That somewhat explains the appreciable battery timing of at least 5 days before it needs some juice again. Plus, that’s a clever way to appeal to a broader base of users in the absence of those requirements.

What’s also commendable is the fact that the band functions as a standalone device rather than relying on a smartphone. The developers want users to rest assured about the security with the encryption added to the device. Moreover, the ease of use with this device ensures that all and sundry are able to effectively use the device wthout running into any complications. 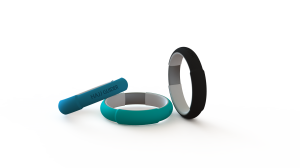 Given the technology employed by the makers of this new gadget, Hajj Guider has earned its place among a total of six finalists competing in ArabNet Beirut 2015. It was selected to make an elevator pitch at the Startup Turkey. The startup was also selected for the Challenge Cup as well as the Oasis500 Boot Camp in the Middle East from where it also expects to raise seed funding.

Furthermore, it is among the few startups that have been given the green signal to participate in the famous Lee Kuan Yew Global Business Plan Competition in Singapore. Inevitably, Hajj Guider managed to attract the attention of the Hajj Ministry and the government of Pakistan with the kind of buzz it left in the startup ecosystem. The developers would hope that Hajj Guider becomes a necessity for ‘Haajis’.

Who is behind the idea of Hajj Guider?

Hajj Guider has been pitched by a team of co founders fully committed to the cause of a diverse solution that makes pilgrimage more convenient for millions with the help of technology. It includes Hasam Ahmed Khan, Arif Qadir, Azmat Bilal and Moiz Qadri. While Hajj Guider is still in the process of development, the team wishes to test it in the near future.