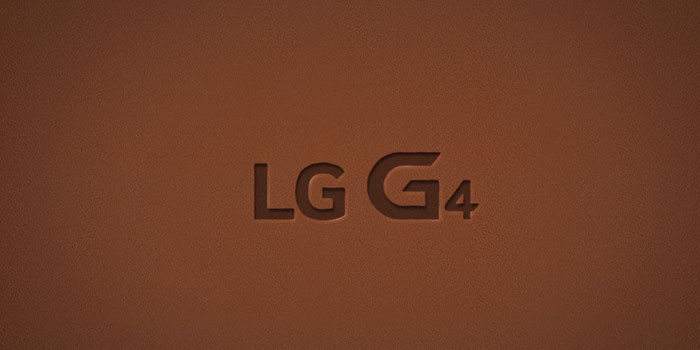 LG’s latest flagship will be unveiled on April 28th, the smartphone maker has announced. The teaser poster announcing the date also revealed an improved camera with f/1.8 (up from f/1.9), dual-tone LED Flash and laser autofocus. There will also be a leather back cover.

Earlier, it also unveiled the update skin dubbed UX 4.0, which brings UI improvements and a few new features, including Camera Manual Mode and Smart Notice. The former gives you further control over the pictures you capture. A feature called Quick Shot allows you to take photos by double-tapping the back button.

Smart Notice tracks your activity as you spend more time with the phone, and provides vital info accordingly. Further specifications are not exactly confirmed but we already know them as a result of several leaks.

The phone has all the potential to become a bestseller, even if its processor is a bit lacking. Stay tuned for more info on the G4.