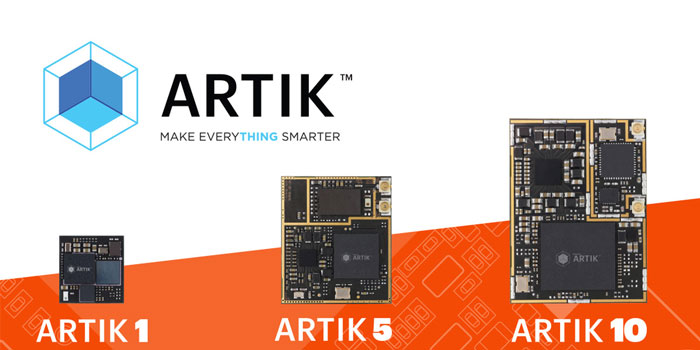 Samsung has revealed a new chip family dubbed Artik that will power the future of Internet of Things.

The Internet of Things is said to be the future of IT and will move the world into a new tech revolution. More and more big names seem to be getting on the bandwagon to link and connect appliances and electronics together. Every big manufacturer wants to create a base for the future in the “house of the future”.

Samsung may be losing ground in the smartphone market but it is ready to jump to the world of small gadgets with a new series of chips. Samsung has already pledged to make all its appliances internet-connected by 2020 and the new chips will be a big step in that direction. The new chips will be as powerful as full-fledged computers and will power the ever increasing web of connected every-day-use items.

Artik hardware platform will be a diverse SOC (System-on-a-chip) series. It will integrate popular radio frequency standards on a single component that will allow hardware developers to create gadgets that can communicate with other gadgets easily.

Artik processors will come in three versions which will be Artik 1, Artik 5 and Artik 10. Each of the chips will pack more capabilities and faster processing as per the sequence of chip models mentioned.

Artik 1 includes Bluetooth and RFID along with memory and a 9-axis sensor in a 12×12 axis. Artik 5 comes on a 25×25 die and with Wifi, BLE, ZigBee, RFID and Bluetooth with a dual-core processor, 512MB RAM and 4GB storage. The Artik 10 is a complete computer standard chip which has an octa-core processor with 2GB RAM and 16GB storage along with all the aforementioned connectivity options.

The chips will be priced starting $10 for the cheapest model to slightly less than $100 for the fastest one.

The chips are aimed for all types of devices including trackers to Smart-home hubs. The SmartThings Open Cloud and all the chips are already available to OEMs to utilize for their next best internet-connected gadgets. Sohn stated how the internet of things will be useful to us and said “What’s important is these are smart machines that are going to make our lives better”.