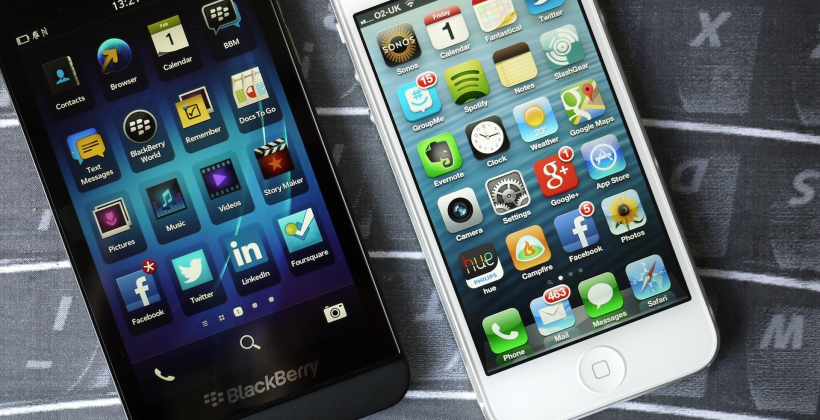 Former BlackBerry CEO Jim Balsillie has admitted that the competition in form of Apple’s iPhone killed the once-smartphone giant. While the company retorted to the pressure with its own touchscreen phones, it just wasn’t enough.

“It was difficult. It was a real shock to the company,” Balsillie said of the iPhone’s arrival in 2007. For a while, the iPhone actually managed to increase sales of the BlackBerry smartphones, but soon enough it was clear that the iPhone was a force to be reckoned with.

In the face of competition, the company forced out its own touchscreen smartphone with a clickable display, the BlackBerry Storm which was a lackluster product with horrific consequences. “With Storm we tried to do too much. It was a touch display, it was a clickable display, it had new applications, and it was all done in an incredibly short period of time and it blew up on us.”

The outcome was an unheard-of, “100 percent return rate”. “We had to stick to the low end.”

But it wasn’t only the company’s hardware which was falling behind either. Software-wise too, it had difficulty making the necessary moves in time, which was why the company’s BBM service arrived on Android and iOS only in 2013, long after companies such as Whatsapp had taken a massive lead.

Despite these events, Balsillie maintains that his team did its best to keep the company afloat. As he says: “There’s a lot of punditry out there. If it was so easy to create a $20 billion company, everyone would do it.”

And yes, despite all the history, he still uses his BlackBerry Bold. “I also still use my PlayBook.”