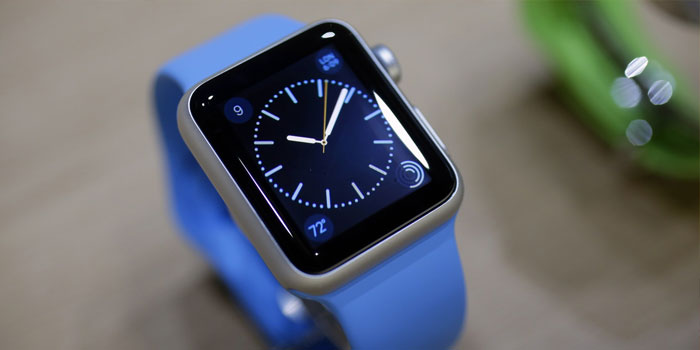 Apple released is most anticipated wearable gadget, the Apple Watch, back in April and the gadget was very well received during the initial launch weekend. However interest seems to have cooled as reports from MarketWatch and Slice state that the Apple Watch sales have dwindled by over 90 percent.

Slice Intelligence conducts market research based on records and commerce activity via millions of email receipts. The company is a reputable firm and does research on behalf of many consumer product companies including the Fortune 500.

Slice Intelligence has reported that Apple Watch sales have plummeted from 200,000 watches per day, when it launched in April, to a mere 20,000 sales per day according to data from Palo Alto. During July, the sales have dipped even lower to fewer than 10,000 sales per day on some occasions. This comes as a big surprise considering Apple sold 1.5 million Watches on its first weekend.

Furthermore, the report from Slice reveals that two-thirds of all the sales were of the lower end Sport Watch model which costs $349. Earlier estimates put the higher-end $549 models as more probable for the biggest share in the sales numbers. Other than that, the 18-karat gold Apple Watch Edition which costs about $10,000 is stated to have sold only 2,000 units so far over the two month period.

Pre-orders for the Apple Watch started on April 10 and the customers had to wait over a month for their gadgets to be delivered, missing the one month delivery period due to high demand. The device was posed to go on sale in-store from April 24th but that date was later delayed to June because Apple could not manage the demand. It is quite possible that Apple might be going through production delays causing delayed shipments even though the demand hasn’t been as high as initially predicted.

Apple has not released any sales figures so far. According to MacRumor, Apple will bundle its sales figures for the Apple Watch in its other products category which includes The Apple Watch, iPod, Apple TV and Beets Audio. In other words, Apple might not detail the accurate numbers for its Apple Watch sales if the numbers are not brag-worthy.