Last year, Samsung upped the bar for high-resolution tablets with its Galaxy Tab S tablets. Now, it is doing that again with the unveiling of the successors to those tablet, the Tab S2 8.0 and 9.7 which come with more conventional displays and 4:3 aspect ratio.

Unremarkably, both versions share several specs including internals, screen specs and cameras. The Super AMOLED display comes with QXGA (2048 x 1536) resolution with a 4:3 aspect ratio which should help display the content better. There’s a move from the unconventional 8.4 and 10.5 inch display sizes of the last iterations, too. 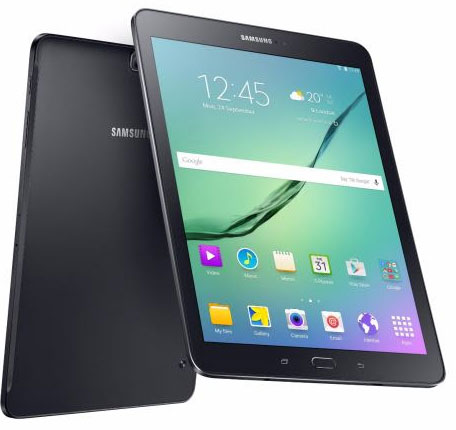 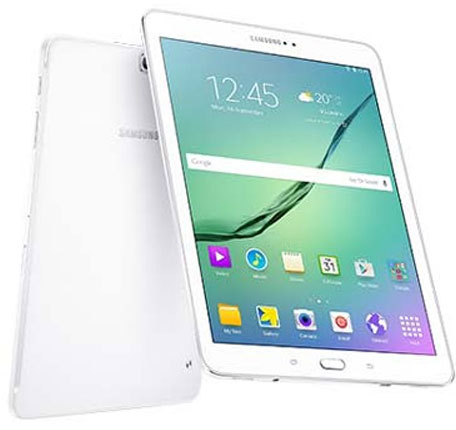 Not only that, the tablets are also Samsung’s lightest and slimmest ever. Both of them have a 5.6 mm waistline while the 8” and 9.7” variants weigh just 265 and 389 grams, respectively. However, due to a larger size, the 9.7” version does come with a 5,870 mAh battery compared to a 4,000 mAh cell on the smaller one.

Under the hood, you get an octa-core processor with 4 cores clocked at 1.9 Ghz and other 4 at 1.3 Ghz respectively). Alongside it is 3 GB worth RAM and 32/64 GB internal storage, which is expandable via microSD card slots by 128 GB. A duo of 8 mp rear and 2 mp front camera can be found, with the back lens able to capture QHD videos too.

Connectivity options include Wi-Fi 802.11ac, Bluetooth 4.1 LE and LTE. Both versions come with finger-print scanners and Multitasking, so you can run two apps side-by-side. Talking of multitasking, the tablet runs on Android 5.0 Lollipop customized with TouchWiz out-of-the-box.

Pricing details are unknown as of yet with availability starting from next month. Just for reference, the last versions cost $400 and $500 respectively. With some changes in some areas, including screen sizes this time, though, we wouldn’t place a bet on that figure, however.