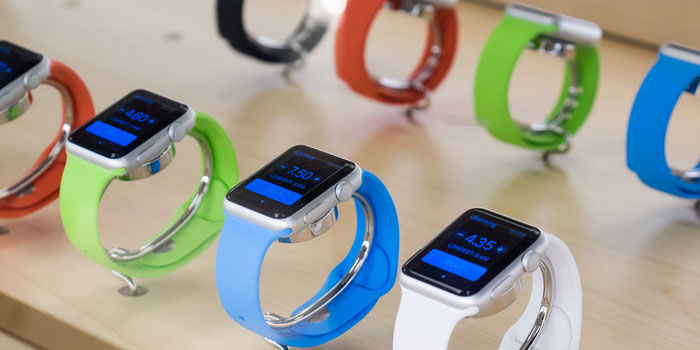 With all the talk of Apple Watch’s failure going around, you can be forgiven to think that Apple doesn’t hold majority of the market, since it so far has failed to provide any sales figures. That isn’t the case, however, not far from it.
According to a new report by Strategy Analytics, Apple’s smartwatch release brought about a 457 percent increase in shipments worldwide within one year of its release. How much does it mean in terms of market share?
75 percent. Thanks to sales of 4 million units in just three months since its launch, Apple has gained a huge lead over competitors such as Pebble and Android Wear, who had a several year head-start in the market.

The big loser here was Samsung, which saw sales at just 0.4 million or one-tenth of Apple in Q2 2015, down from 0.7 million the same quarter last year. It’s market share of 7.5% was also down from from a massive 73.6% a year ago.
Other manufacturers raked up 0.9 million in sales (which was up from 0.3 million), to lead to a combined sales figure of 5.3 million units. It must be mentioned that the ‘Others’ include quite big makers such as LG, Motorola, ASUS, Sony and Pebble who all had a massive lead heading to the Watch’s launch.
Even if the reports that the sales of the Watch have slowed to a trickle now, they are still enough to make sure Apple leads by a sizeable margin. With an ecosystem of around 8,000 apps now, things may not change drastically in the near future either.