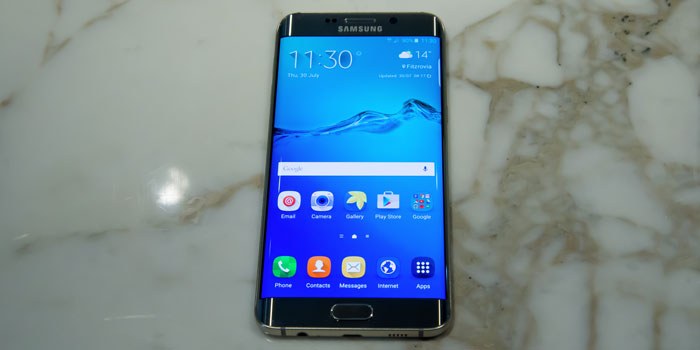 While the Galaxy Note 5 was clearly the biggest attraction of the Samsung event, the Galaxy S6 Edge+ was no slouch either. This new phone is based on the original S6 Edge, which was quite a success.

So what’s new to the table here? A larger display, an increased memory and a larger battery is the answer. The design is obviously based on the S6 Edge, just larger. The main attention-grabber remains the display, which is curved from both sides.

The larger 5.7” display retains its 4K resolution, meaning a lower density of 518 ppi, though, it wouldn’t be noticeable really. Gorilla Glass 4 is there too for protection. The phone is a millimeter thinner than the original S6 Edge.

Under the hood, you get the same Exynos 7420 octa-core 64-bit processor, with 4 GB DDR4 RAM this time, and either 32 or 64 GB non-expandable storage. Sorry folks.

Connectivity includes NFC, Bluetooth 4.0, either LTE Cat.9 or Cat.6 9 (depending on market) and Wi-Fi ac. Samsung Pay is supported via NFC or MST. Battery capacity is set at a larger 3,000 mAh. It is non-removable but fast charging is supported, not only via cable but also wireless this time.

The phone will be available in Black Sapphire, White Pearl, Gold Platinum and Silver Titanium this time. It will start at $792 for the 32 GB version, or $888 for the 64 GB variant.

For the price you’ll get a phone which is not only among the fastest, but also incredibly cool-looking.