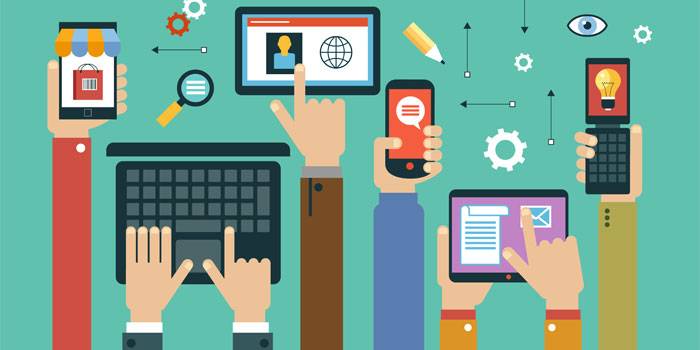 Ecommerce is more than just a complicated combination of lifeless zeros and ones, it is, in fact, a whole new world of innovation and functionality. It is the future of consumerism.

With a massive hike in sales, ecommerce in Pakistan has reached a turning point where industry experts are betting on the manufacturer to consumer model and increased penetration of mobile internet technologies to get the party started.

Following Pakistan’s entry into the 3G/4G sphere, not so long ago, an eruption of internet accessibility is inevitable. Given the pattern across the border, our internet users will increase from a current 30 million users to a staggering 56 million in the next four years – making 28% of the local population internet enabled.

An online only approach has given rise to Xiaomi, which has emerged as one of the biggest threats to the traditionally dominant manufacturers

In today’s incredibly competitive retail environment, emerging marketeers want to cut down costs and margins and make the products reach the consumers at increasingly low prices, making ecommerce a very attractive option for them.

Xiaomi – the world’s third-largest phone manufacturer – surfaced two years ago, establishing its position as the greatest threat to major companies like Apple and Samsung in India and China. The biggest factor at play for this underdog was its online-only approach, helping the company sell premium phones at unbelievably reduced prices.

Xiaomi essentially entered the market with a very high quality product at a shockingly low price. Whenever a product is priced, that is, whenever you identify the MRP price or the retail price, you factor in certain costs. There is the manufacturers cost, there is the importers and distributor cost, there is a retailer cost and then there is another marketing cost.

Xiaomi did not have the marketing power or the marketing money, so essentially what happened was they went directly to the ecommerce portals in India and China and said, you know what, lets skip everything in the middle, we make these devices, very high spec devices and we will essentially give these devices to you nearly at our factory cost, we will split the marketing costs and you sell these devices for us. Hundreds of thousands of phones were sold within days of this collaboration, making this model a raging success.

Infinix Mobility followed a similar approach and formed an alliance with ecommerce retailer Daraz.pk for distribution of their French-designed premium smartphone, Infinix Hot Note, in Pakistan. So far, sales of the smartphone have reached almost 4000 handsets in just a month, and all in an exclusive online-only partnership with Daraz.pk.

The timing for the launch of this phone has been ideal as there’s a large and growing demographic of millennials who were born to the internet and are the early adopters of ecommerce/m-commerce in Pakistan.

Jackie Peng, Business Development Manager of Infinix Mobility, tells the Express Tribune that the phones are being shipped directly from the manufacturer to the consumer, saving the customers more than 45 per cent of the price.

It’s safe to say that with the traditional model about 10 per cent of the price goes to the distributor; 5 per cent to the wholesaler; 20 per cent to the retailer and 10 per cent for advertising, making it increasingly difficult for the manufactures to support this model.

So why aren’t companies like Apple and Samsung following the same approach as Infinix? Simply put, top manufacturers who have been following the traditional retail model are trying to strike a balance between online and offline retail. Offline retail is still massive and these companies cannot risk irking brick and mortar distributers by focusing too much on ecommerce. However, at the same time, their failure to adopt the online-only approach may have them lose out on over 15% of the market share.

In the next two years, the size of our e-commerce market is expected to reach over $600 million from its current size of $30 million spent on online buying, annually. Considering the benefits of the online only model to all parties involved, we may see it with increasing frequency in the coming months and years.

The party has finally started here, let’s grab some popcorn and watch the evolution of our expansive smartphone industry.