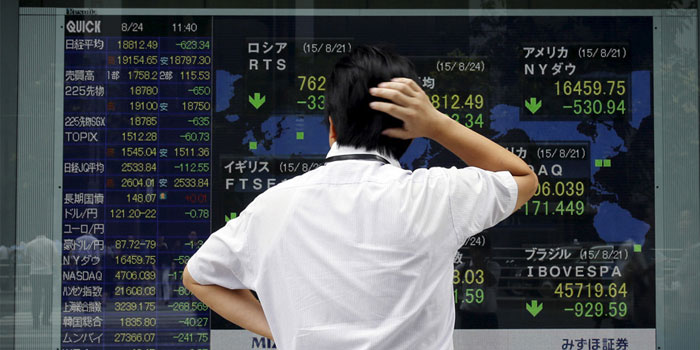 In 2008, America was at the center of a global financial crisis brought about by a sharp drop in housing prices. Fast forward to 2015 and now China is at the center of the next financial storm, the effects of which are felt globally given China’s dominance on the world economy. Unsurprisingly, even the Karachi Stock Exchange (KSE) is reeling from the effects of the current crisis.

Lets find out what’s going on here and what does it mean for Pakistan and the greater tech industry out there.

China’s Crisis – How it Unfolded

China’s stock market, specifically the Shanghai Composite Index, has fallen 38 percent since its June peak. The reasons behind this decline? A boom of 150 percent from June ’14 to June ’15 was fueled largely on the back of rising debts and borrowings. During this period a lot of ordinary Chinese invested in the market for the first time, only to have their savings wiped out recently. Many Pakistanis might remember a similar occurrence a decade ago at KSE, when a mad rush of new investors met a similar fate.

China’s new generation of first-time stock investors, numbering 40 million new accounts from June 14-15, were largely buying stocks with borrowed money. The end result? Authorities noticed that the stock market’s meteoric growth was unsustainable with a slowdown in manufacturing and exports this year. The Chinese economy had its lowest growth rate yet on the second quarter, peaking at a low of 7 percent by Chinese standards, a fact that didn’t bode well for its bourses too. For 2 decades China built its economy on the back of an exports-oriented growth strategy. Now the world markets aren’t big enough to absorb the growing number of Chinese exports, which is why the focus is now on China to fuel domestic consumption, a measure that financial experts feel is necessary to keep its economic rise sustainable.

2 weeks ago, China devalued its currency as well to help boost its exports, so that the shocks of the recent financial crisis would be somewhat cushioned. It is yet to be seen how this move helps China correct its course.

What Does it Means For the World?

Let’s start with the big tech companies. Microsoft’s stocks are down 5.8% and so are (no surprises here) Apple Inc’s with a 10% hit. Facebook saw a 12.1% decline and Google 6.5%. Though recent updates have pointed to them recovering some of their value (numbering billions in market capitalization), the story is far from over. European tech companies also felt the heat. The crisis apparently made Apple CEO Tim Cook fire an email to Jim Cramer, a financial analyst over at CNBC, miffed about the fact that news about Apple’s stock were made in the media.

Over at Asian markets, Japan and other neighbors of China are experiencing a bearish trend in their bourses too. Dow Jones and other indexes in western countries aren’t faring any better.

This is but a brief snapshot of how things are in the international markets.

Where is Pakistan in This?

The KSE has taken a battering in this crisis and questions loom over how the situation in China will affect the China-Pakistan Economic Corridor (CPEC). The KSE has tumbled 3.94%, its biggest fall in 20 months. Sources say the market has lost around Rs. 300 billion in market capitalization. Reasons for the decline include the Chinese crisis, low oil prices and foreign currency outflows this week. According to financial experts, the situation is expected to be the same in the coming week as markets will remain under pressure during this period.

Earlier we discussed that China needs to ratchet up its domestic consumption, a development that can be helped by the CPEC providing China with a new tap to need its energy needs. Energy supplies from the TAPI pipeline as well as the Pak-Iran pipeline, if executed properly by fending off political as well as geostrategic concerns, can help China as well as Pakistan ride off this crisis. Access to the Gwadar port is going to help things further by opening up new markets for China so that its exports can still find some wriggle room.

In the light of China’s recent economic troubles, Pakistan has as much to gain and very much to lose. The need of the hour for Pakistani policy makers is to ensure that the benefits of the CPEC reach Pakistani citizens and the economy. After all, a more economically robust Pakistan means a bigger market for China to tap into.