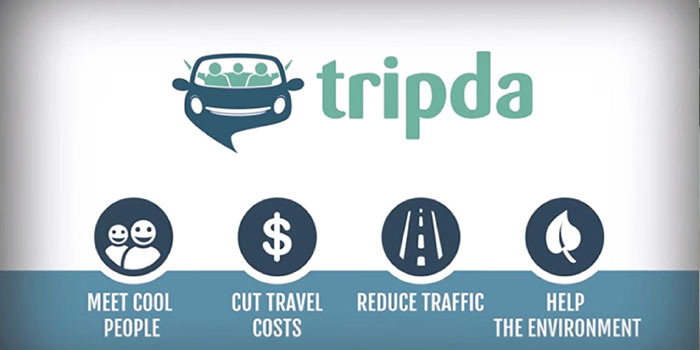 Carpooling is not exactly a new concept in Pakistan. Whether it’s university students or office goers, people regularly hitch rides with each other to save up on fuel costs.

Tripda aims to makes that process much simpler. Billed as the largest carpooling platform in Pakistan, it allows people to offer and accept rides easily via smartphone apps and a web portal. If you have a regular route to the office or are simply going out of city and want to split costs, offer your ride on Tripda and interested people would contact you.

The savings speak for themselves. Rides usually costs less than a quarter of what you’d pay for a taxi. It’s great for socializing too. Ahmed Usman, Country Manager for Tripda, says he is constantly surprised at the number of friendships that form simply from a few people going the same way.

Of course security is a huge concern in Pakistan and all risk can never be eliminated but as Usman puts it, ‘We provide all the data point necessary for users to make an informed decision’. More concrete assurances can be drawn from the fact that ever since Tripda started operations in late 2014, there hasn’t been a single reported incident.

While small routes will always see steady use, the real potential lies in the long distance carpooling trend that’s emerged with Tripda users. In fact, the Lahore to Islamabad route is among the fastest growing ones in all markets where the company has a presence. Till date, users have saved over 1.9 million rupees on the route by sharing rides.

Considering the profitability of the intercity travel industry in Pakistan, it’s no wonder Tripda is focusing on appealing to long distance travelers. To help sweeten the deal, the company regularly partners with Subway and others to provide discounts at common stops like Bhera on the Motorway.

The reason I’m personally excited to see Tripda in Pakistan is because it is something that could have a very real impact on our daily lives. The traffic situation in the country keeps getting worse with each passing day and carpooling translates directly into lesser vehicles on the road.

The fuel savings and emissions cutdowns are nothing to scoff at either. Tripda estimates their platform has helped users save close to 6 million rupees and reduced carbon emissions by 180k kg, about the same as planting 413 trees.

So overall, you start to see why Usman and Tripda are excited about their product and our market in particular. 65% of the Pakistani population is between 15 and 35 years of age and university goers and young professionals are demographics known for being early adopters.

Clearly, there’s a lot of potential and hey, if that means I’ll have to be stuck in traffic for a few minutes less than usual, I’m all for it.