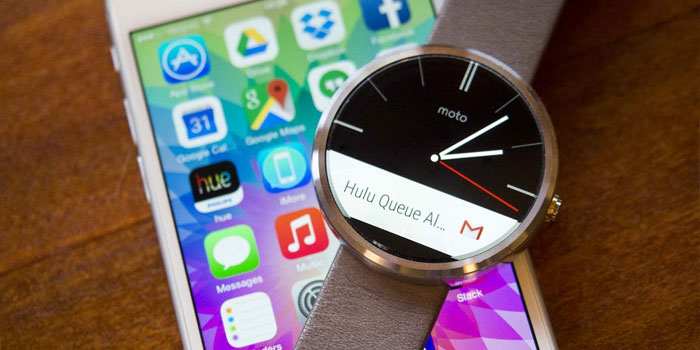 Android Wear may have led the front against Apple’s imminent arrival in wearables, but that won’t stop it from joining it in the battlefield. As announced by Google, the smartwatches running on Android will feature iPhone support in the very near future.

With the success that Apple Watch has enjoyed on the platform, Google will be keen to get its own share of success, while also attempting to bring a few users to its own OS. Apple users, on the other hand, will get even more options to use from, rather than only a square, crown-controlled timepiece.

The somewhat discomforting news is that only a handful of watches will be supported at first, namely the Huawei Watch, ASUS ZenWatch 2 and the LG Watch Urbane. Support for the older watches is kept on hold for now, since those will require some tinkering which Google isn’t sure will be worth it. The future will be a 100 percent covered for iOS at least.

Getting Android Wear to work with an iPhone (sounds weird just at the thought of it) is simple. You install an app, you pair the watch and then you set up your preferences, quite like you’d do on an Android.

After setting it up, you’ll be able to do a bunch of things through your wrist. There won’t be quite as much functionality and freedom as on Android but the basics are covered well: you can get news, reminders, texts, emails, notifications, know fitness updates, check maps and more. You can also say “OK Google” to activate Google Now.